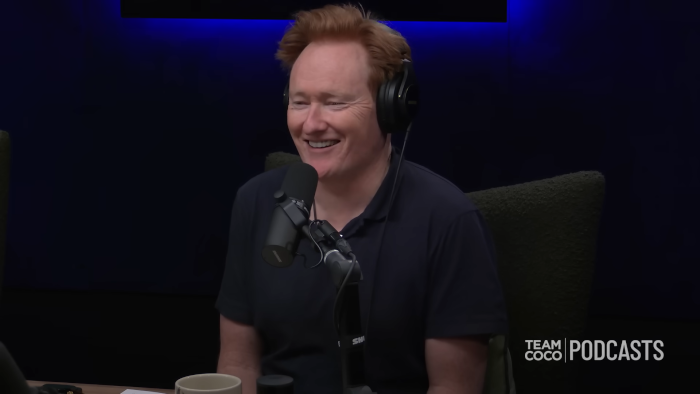 There are two things the kids just can’t get enough of these days: NFTs and Conan O’Brien. That’s just what the market dictates. It only makes sense that they collide. But how do these two hot button topics mix, you ask? The answer should be pretty clear. NFTs are nonsense, and Conan is ragging on them like everybody else.

If you didn’t fall for my bait and switch, congrats! You likely won’t fall for NFTs either.

In a recent episode of Conan O’Brien Needs A Friend, Coco himself pontificated about what could be done with his life’s embarrassments. Of course, NFTs were brought up. Conan thought up a world in which fans could own his most embarrassing moments. We become a post-apocalyptic society. A collection of humiliating O’Briens would even work as currency! Feral humans trade exclusively in clips of Conan pronouncing words incorrectly!

If you’re having a hard time following, don’t worry, Sona is too. She brings the bit to a gloriously satisfying halt by saying as much.

I feel bad about using this article as a way to dunk on NFTs. I met someone in real life last night who described themselves as a “Big Fish” in the NFT world. Seriously. I braced myself for a strenuous interaction. To my surprise, the person was pleasant, affable, and didn’t try to sell me something I wouldn’t own! Have I been wrong about NFTs this entire time?

No. No, I have not. They are, at best, the butt of a joke made by one of the best hosts in the biz.