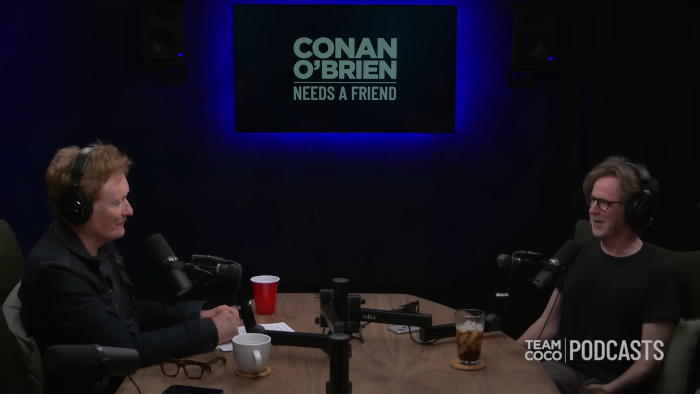 Norm Macdonald’s death shook the comedy community. Stand-ups don’t agree on everything, but they all seemed to agree that Norm was a once-in-a-generation comedian. He was not without his controversies, but he is someone who will be remembered fondly, for some time. In a new episode of Conan O’Brien Needs A Friend, that’s exactly what happened.

Conan sat down with his friend comedian Dana Carvey. It’s not the first time Carvey has appeared on Conan’s podcast. If you haven’t listened to his past appearances, do yourself a favor and seek them out. Conan tends to have a good rapport with most guests, but Carvey is different. They riff so effortlessly that it’s hard for them to stay on topic, which makes the episodes wall-to-wall bits in the best way.

When discussing their old friend Norm Macdonald, O’Brien and Carvey get to one of the main things that made him so unique: He wasn’t afraid to bomb. They talk about how Norm would purposely walk entire crowds just to amuse himself. Some comedians would kill to perform for 50 people, and here’s Norm, getting upwards of 300 people to walk. It’s interesting watching comedians admire this aspect of Norm. There is envy in their voices.

Packed into this clip is also a wonderful nod to Kevin Nealon. As a child, Nealon was one of the SNL castmembers I gravitated to. His dry wit and delivery had a huge influence on my own comedy aspirations. I’m always happy to see him get a shoutout!