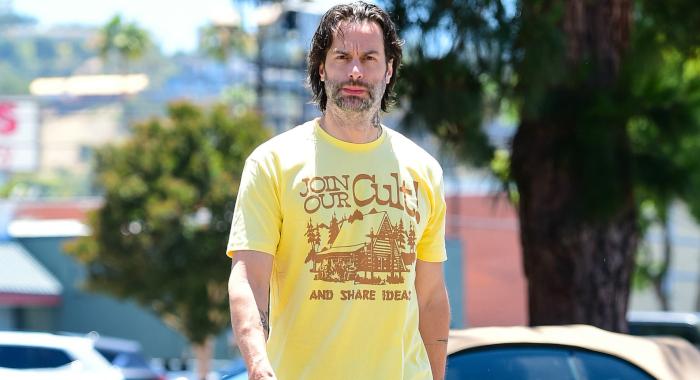 Chris D'Elia Is Leaning Into His Sexual Assault Allegations Now

Remember Chris D’Elia? The stand-up comedian accused two and a half years ago of grooming teen girls? Who faced child pornography accusations? At the time, D’Elia apologized while also maintaining his innocence, so I am sure that he has faced career consequences and, at the very least, ceased sexual relationships with underage girls, right?

Not so much. He’s not only touring but selling out shows and even adding dates. He may no longer appear on television or in movies, but Chris D’Elia is still inexplicably a very popular stand-up comedian. He also allegedly continues to groom underage girls, have inappropriate relationships with women, and — not for nothing — cheat on his wife.

It’s all here in Kyle Anderson’s hour-long YouTube doc, The Chris D’Elia Problem…, in which Anderson interviews several of D’Elia’s victims, as well as D’Elia’s former tour manager and best friend. There are a number of allegations made by women in the video, including that D’Elia wanted to create a cult or “Harem.” He apparently asked girls and women to brand his initials on their bodies. His tour manager said that the “Chris situation is on the Bill Cosby level.” He has so many alleged victims that there are support groups online for them.

Many of his victims accuse D’Elia of using blackmail so that they could not say “no” to him. He allegedly made women do whatever he wanted them to do, lest they face the consequences of his blackmail. He also allegedly emotionally manipulated them, often threatening to kill himself if he didn’t get his way. He used the same blackmail to allegedly recruit women into his sex cult, which he often liked to make “family oriented.” As in, he allegedly asked the women to call him “Daddy” and asked to have sex with some of his partners’ sisters. He also allegedly asked girls to recreate the nude pictures of other girls. In his 40s, he even allegedly moved an 18-year-old to L.A. to have a sexual relationship with her.

All of this is included in Anderson’s video, including recorded phone calls and texts between D’Elia and his victims.

The video has been out for two weeks, and it nearly has 500,000 views, which isn’t enough because D’Elia — so far — has only had one show canceled, this one at the Hollywood Improv on January 11. The rest of his shows are booked, and tickets are not cheap: $35 to $85 to see an (alleged) sexual abuser and groomer make jokes. Rather than dodge the accusations, D’Elia seems to be leaning into them now, selling t-shirts and other merch branded with the phrase, “Join our cult!”


← If The Rock's Star Is Falling Who Will Take The Belt? | 'Stranger Things' Star Noah Schnapp Came Out As Gay →