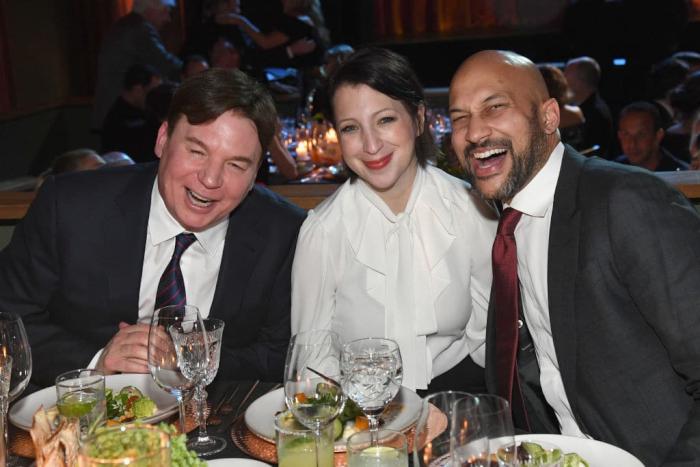 There’s nothing like a humid heatwave and a bout of food poisoning to start your week. While I’ve been lying under the fan sweating, watching the room spin, this is what’s been happening in ye olde entertainment world:

— Somebody, somewhere, decided we need a DC League of Super Pets movie (I swear, it was NOT me.) It will be released sometime in 2022 and feature the voices of Dwayne Johnson, Kevin Hart, Kate McKinnon, John Krasinski, Vanessa Bayer, Natasha Lyonne, Diego Luna, and Keanu Reeves. I know the DCU is aching for fun and funny but I don’t know if this is it. Here’s the teaser:

— Mike Myers is back, again and again and again and again and … again. I think that’s all of them. Netflix is bringing Myers back to our TV screens with a new series, The Pentaverate, in which Myers will play seven characters (OK, so two more agains belong up there). The half-hour series also stars a bunch of other funny people who will have to put up with Mike’s on-screen shenanigans. Ken Jeong, Keegan-Michael Key, and Jennifer Saunders among others. The plot is based on something Myers’ character, Stuart Mackenzie, referenced in So I Married An Axe Murderer and is about five men who have been working to influence world events for the greater good since the Black Plague of 1347. The last time I saw Mike Myers was on that weird Gong Show reboot a couple of summers ago, where he laid on the prosthetics pretty heavily and was super creepy. Let’s hope this is better than that.

— Disney announced Lisa Kudrow as the star of its upcoming Disney+ musical comedy Better Nate Than Never. Produced by Marc Platt (La La Land, Mary Poppins Returns, and Cruella) it’s about a 13-year-old kid who runs off to NYC to audition for a major musical and has a chance encounter with his long-lost aunt (Kudrow.) I’m sure there will be learning, and growing and hugging, and probably some crying along the way. One can only hope that Disney doesn’t kill this kid’s parents like it does so many of its other protagonists’.

— By the end of 2021 all the stars you know will be cast in either John Wick 4, Matrix 4, or Knives Out 2. This week John Wick added Bill Skarsgård to the cast and Matrix 4 added Christina Ricci. I think the next step is to put together a Battle of the Stars between these three productions and the winners get cast in the next Marvel movie. Unless they’re already in the MCU somewhere, which is entirely possible. 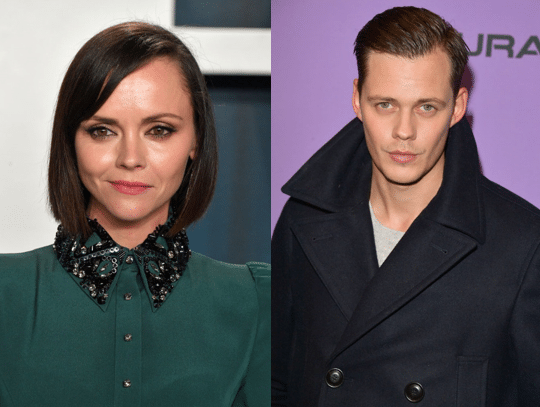 — On Monday it was announced that F9 (that’s the ninth Fast & Furious movie for those not in the know) will be the “Mystery” blockbuster screened at Cannes this year. That will probably make for a fun red carpet event; I can’t wait to see what the cars are wearing.

— Hollywood decided to break the seal on the Harvey Weinstein story. This summer Universal Pictures is beginning production on She Said, a drama based on the New York Times bestseller She Said: Breaking the Sexual Harassment Story That Helped Ignite a Movement. The studio is said to be in negotiations with Carey Mulligan and Zoe Kazan to star as the two reporters who broke the Weinstein story.

Finally, yesterday news broke that Armie Hammer checked into a treatment program on May 31st. Good for him. I hope he gets the help he needs. His mom also decided to weigh in on how their family has been portrayed in the media. But, I don’t think this is really helping anyone, to be honest: 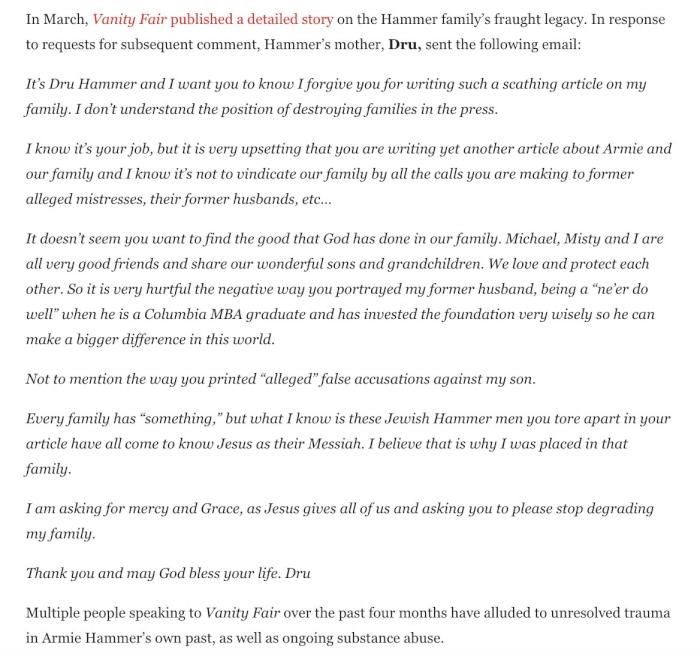 Whew! That’s a lot. Are we sure it’s only Wednesday? I’m going back to bed with my Saltines.


← 'Sweet Tooth' Arrives, 'Mythic Quest' Goes Back In Time, And We Catch Up On Shows We Missed On Podjiba! | Jimmy Fallon And Lin Manuel Miranda Celebrate Broadway's Return →