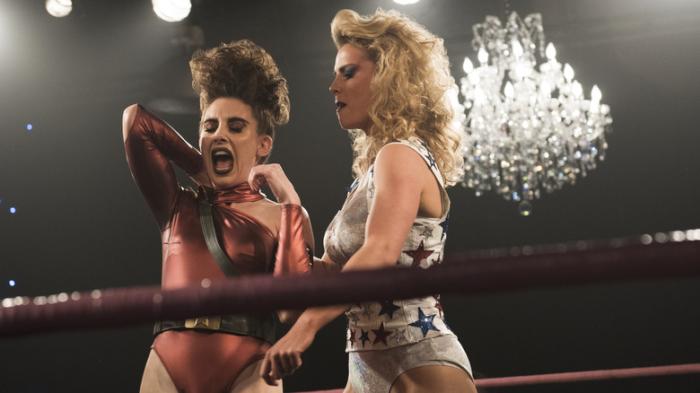 Good evening. Here’s a rundown of the latest trade news:

— Scarlett Johannson has joined Tom Hanks and Margot Robbie in the next Wes Anderson joint, the plot details of which are being kept under wraps (as is the title of the film). As Claude points out, ScarJo’s addition makes this Anderson’s most diverse film to date! Anderson regulars Adrien Brody, Bill Murray, Jason Schwartzman, and Tilda Swinton have also been cast.

— Discovery+ will produce a two-part docuseries following the Smartless podcast — hosted by Will Arnett, Jason Bateman, and Sean Hayes — on a six-city tour. That’s cool, but you know what would be a better use of your time? Almost anything. I do listen to the odd Smartless podcast, but I am very annoyed with how effortless it has been for them. Three friends with no podcast experience shoot the sh*t with their celebrity friends and then get $60 million and a docu-series. Who said Hollywood was a meritocracy?

— The last thing we need is another television series based on a movie. On the other hand, Mike Schur can do no wrong. He is bringing a series based on Field of Dreams to Peacock. The series will bring with it “the mixture of family, baseball, Iowa, and magic that makes the movie so enduring and beloved.” I don’t see it working, but then again, I didn’t think The Good Place could sustain itself past the fifth episode.

— Covid-19 continues to f**k with the industry, as Amazon has now paid $100 million for Hotel Transylvania 4, which will skip theaters and air exclusively on Prime Video. The fourth film will close out the series. As I recall, based on my kids’ view of the film, the first one was OK, the second one was good, and the third one was trash.

— I didn’t watch American Horror Stories, the AHS anthology spin-off series. I don’t know anyone who did, and I didn’t read a single positive word about it in the press. Nevertheless, it’s been renewed for a second season.

— Here, however, is some legit good news: Betty Gilpin and Alison Brie (GLOW) are reuniting for Roar from creators Liz Flahive and Carly Mensch (also from GLOW). It will also star Nicole Kidman, and it’s based on Cecelia Ahern’s book of short stories. In the series, Gilpin will play a woman so beautiful that her husband builds a shelf for her to sit upon. Huh.

← 5 Shows After Dark: 'American Ninja Warrior', 'Ben & Jerry's: Clash of the Cones' Series Premiere on Food Network | Johnny Depp Has the Sads Because Hollywood Is Boycotting His Ass →