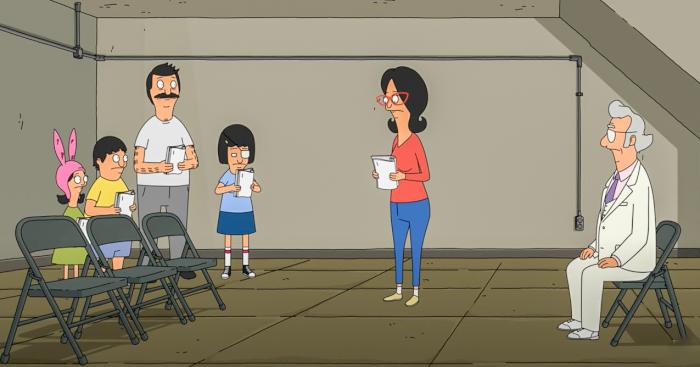 Doctor Jekyll famously said, “You don’t f*ck with a winning formula.” It’s advice Bob’s Burgers creator Loren Bouchard took to heart and for 13 seasons, his particular brand of embarrassing honesty and familial acceptance has remained more or less the same. It’s not a show to watch if you want something new. But if all you’re after is comfort food for your brain, Bob’s Burgers holds the same charm as always.

Kayleigh called The Bob’s Burgers Movie an extended episode of the series, and she was right. It segues neatly into the latest season, which has the Belchers still struggling to make ends meet while doing all the normal family stuff — not that family stuff is ever normal. In the season opener, “To Bob, or Not to Bob,” Mr. Fischoeder convinces Bob and Linda to stage his version of the Scottish play Hamlet to trick Felix into confessing he stole their father’s prize possession in exchange for enough space to expand the restaurant. “The Reeky Lake Show” has the Belchers renting a lakeside cabin with their typical bad timing. And in “What About Job,” Louise is worried that she’ll become just another office drone rather than have the adventurous life she plans. 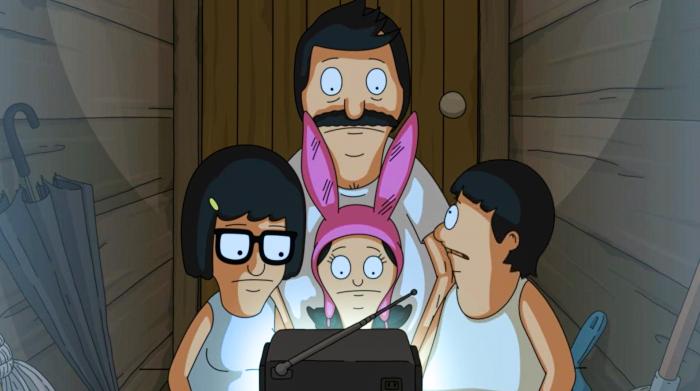 There are a few small changes. First, there’s still no Jimmy Pesto. It’s a shame when one minor insurrection loses you a sweet gig. Second, the opening sequence now features the sinkhole and their “Grand Re-Re-Re-Re-Opening.” Third, there’s less cringe comedy. I love the show but I occasionally feel like I’ll die from secondhand embarrassment. That hasn’t been the case so far. Linda’s exuberance still lands her and/or Bob in difficult circumstances, but there’s less focus on public humiliation. The kids are still kids, as weird as children always are. Like a lot of parents, I feel Bob’s exhaustion on a spiritual level. I think we’re all tired all the time these days. But he always tries, and more often than not ends up embracing the chaos.

So far, the third season feels trimmed down. Apart from Mr. Fischoeder and Felix there haven’t been many adult supporting characters onscreen. Even Teddy is rarely seen. The musical interludes are in short supply too. But that’s all extra. Like a good burger, all the important elements are there. You can make it the Burger of the Day by dressing it up with avocado or bacon, sriracha or truffle oil, but if the basic bun, patty, and seasoning aren’t doing their job all you’re left with is disappointment. Stripped of all its fixings, Bob’s Burgers remains a satisfying and above all comforting choice.


← Is 'New Amsterdam' About to Do Us Dirty? | 'The Empress' Review: Netflix's 'The Crown' for the Austro-Hungarian Empire Deserves More →