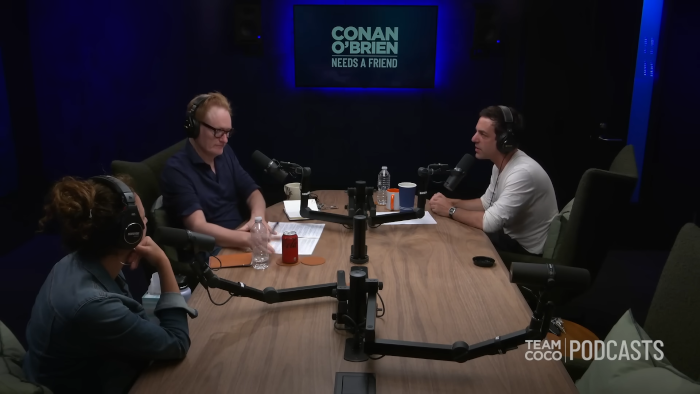 BJ Novak Shares His Thoughts On TV Cancelations With Conan

I love the American version of The Office. After the first season aired, I quickly purchased the DVD when it was released, still unsure if the show was even coming back. Since then, I have watched the nine seasons the show managed to produce over and over again. It’s comfort food at this point. It’s that way for a lot of people. But we could have lived in a world where the show never made it past its initial six episodes. Television cancelations are often a luck of the draw, but according to B.J. Novak, quality has a part to play as well.

Novak, a writer, producer, and star of The Office appeared on the newest episode of Conan O’Brien Needs A Friend. The Harvard grad (which must have been so hard for them) dug into the topic of TV shows. What does and doesn’t get canceled? Conan believes it to be random, but Novak had a different idea. To him, if the quality is there, if a show is good enough, it has a better chance of succeeding. It’s a real, “the cream always rises to the top” type of mentality.

I don’t entirely disagree with Novak. Good television does have a way of sticking around. I just think there are a lot of TV shows out there. Networks are like assembly lines. They churn out a certain number of shows each year to meet a certain quota. Sometimes, real gold can be spun. Quality shows can find their way to the surface and flourish for years until they meet a slow, agonizing death. Other times, something inexplicably terrible can rise to the top and fester for years, wearing down our society with steady efficiency.

The TV landscape is so vast that two people could read the descriptions that I just laid out and have a different show in mind for each one. So, I think I lay more in Conan’s camp. In fact, I think I do disagree entirely with Novak. Look at that! A little self-discovery while writing. Thank you for accompanying me on this journey.