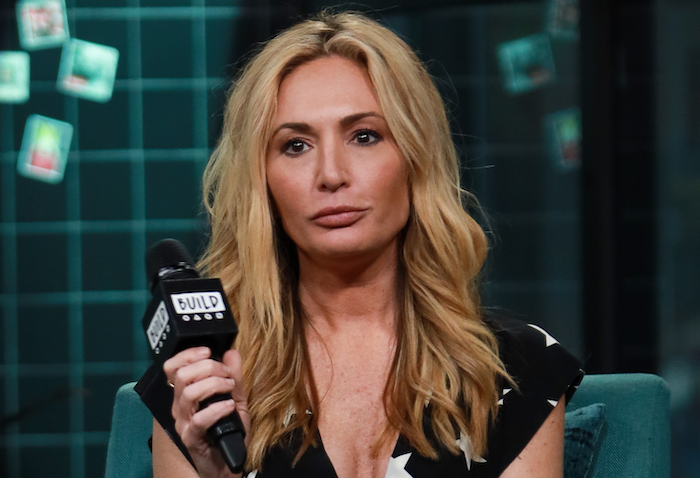 'Below Deck' Reunion: Andy Cohen Is So Gross, No Wonder Kate Chastain Quit the Show

That’s a wrap on season 7 of Below Deck, halle-f*ckin-lujah. I have a high tolerance for bullshit but part 2 of the reunion show tried my last thread of patience and resolve for what a colossal, disgusting, all-around horrific car crash of a season this was.

I found it so disgusting that I don’t want to waste more energy outlining every way in which host Andy Cohen made excuses, shifted blame, and generally acted like a gross asshole because I feel at this point we all know how horrifically misogynistic this season was. There was no catharsis with these reunion eps. Only more disgust. Puke.

I’ll give one example that demonstrates just how woefully off-base and disgusting Cohen was in his reunion hosting abilities. As was established in part 1, Brian was so aggressive and nasty in his DMs to Courtney post-filming that she blocked him from all social media. At the end of the show, Andy asked if the cast would go out after the taping to have a drink and let bygones be bygones, and specifically singled Courtney out if she would go have a drink with Brian. The man who was verbally harassing her to the point that she had to block him. Brian wanted the reconciliation, I mean why not? He has nothing to lose here, and by being game, he makes it look like Courtney is the bad guy. Courtney stood her ground, with a look on her face that could universally be construed as “are you f*cking kidding me?!” and shut that shit down real quick. YES, COURTNEY! I am a fan of hers, and I love her for not backing down, and taking back her “sorry” that she said initially, because as she said out loud—“I’m not sorry.” You teach people how to treat you, and Courtney is teaching Brian that his f*ckboi ways don’t work with her, and won’t ever again.

Here’s Leslie Jones voicing what we were all thinking during this particularly heinous moment in the show:

What the f*ck is Andy Cohen’s problem, here?!

At one point, he tried to get Kate and Captain Lee to back off Ashton because he had tears in his eyes. Oh, Boo-f*cking-hoo. (Ashton, if you’ll recall, forced himself on Kate by kissing her against her will, did a cannonball and ruined expensive DJ equipment, and then finally was taken to task for how violent he was against Kate in the car, where he had to be restrained from physically attacking him.) This waste of space was happily talking shit about Kate and the cast members on Watch What Happens Live up until the taping of the reunion show, and now we’re supposed to think he’s remorseful because he’s got tears in his eyes? F*ck that—and f*ck Andy Cohen for asking the women who bore the brunt of his bullshit to forgive and forget. If he thought the misogyny that was rampantly and aggressively on display this season was abhorrent like I did, he sure as shit didn’t show it in this reunion.

Kate, clearly does not accept his “remorse” either:

RT if you think this little speech is bullshit.
(#BelowDeck reunion episode 2 tonight at 8pm) https://t.co/z9rReBPgac

I watch a lot of trash TV, and I can categorically say that I’ve never sat through a more deeply unpleasant hour of trash TV in my entire life. This was truly vile. I’m not alone in my disgust. Here’s a sampling of what was said on Twitter, because it seemed like most sane people walked away feeling gross, and wondering what the f*ck Andy Cohen’s problem is.

(Note: I’ve pulled the top 3 Tweets from Twitter for the following. There’s no hunting for the “this is shit” take. As far as I can tell, this reunion was almost universally reviled, thank god.)

Me watching twitter call Andy out for his fail at hosting this show. 1. Watch the show 2.Don’t stick up for the abusive men 3.Don’t try and give Kate more heat for a penis cake then you give the guys for being dangerous, emotionally abusive assholes #BelowDeck #BelowDeckReunion pic.twitter.com/t8rREF95P8

Oh hell no @andy! You are a true disappointment to this longtime @BravoTV fan. You have fucking nerve to go after Kate & Captain Lee on bullshit, but laugh off the pathetic behavior of those losers. You’re no better than Krvin & Ashton. #BelowDeck #BelowDeckReunion

This next tweet NAILS it for me—Andy kept asking Simone and Abby whether they didn’t have problems to basically downplay the very real, very horrible shit that was being thrown at Kate, Rhylee, and to a lesser extent, Courtney:

This was just a disappointing shit show from beginning to end, and while I am very sad to share this next bit, I do not blame her one f*cking bit.

Yes, friends, Kate Chastain is f*cking DONE with this show. A franchise she basically built (you think we’ll have off-shoots and be going into season 8 if Adrienne was Chief Stew?) and is now walking away from. No doubt season 7 being a festering pile of garbage played a part in that decision because how could it not?!

The only dude who walked away looking good from the entire debacle was Captain Lee, who got so fed up with the attacks and bullshit that he walked away for a good portion of pt. 2. I don’t blame him. I’d have done the same.

The season is done. Kate is done. I’m done. Good f*cking riddance to a disgusting season of what is normally a very good, low-key show. May we never see the brus again—and may Bravo check Andy Cohen, because that was some bullshit right there.

← Did Netflix's 'Horse Girl' Rip Off 2017 Independent Film 'The God Inside My Ear'? | Ben Affleck Reveals His Biggest Regret, and It's Neither 'Gigli' Nor 'Jersey. Girl' →