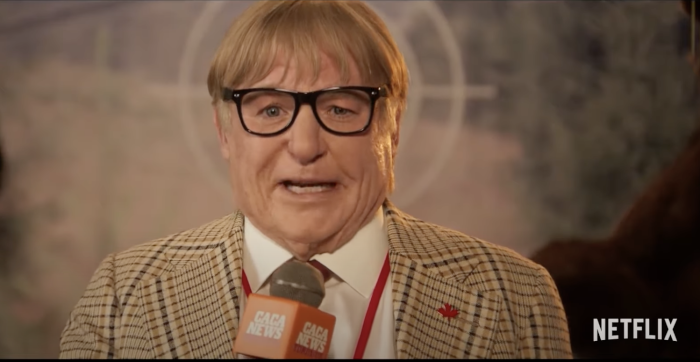 Mike Myers has not led a successful film at the box office well, in this century, although he has had a few box-office bombs — The Cat in the Hat and Love Guru, the latter of which basically derailed his career. He’s working on a comeback after his attempt to revive The Gong Show didn’t work out back in 2017-18. He has another Austin Powers movie in the works, he’s in the next David O. Russell flick (how did the abusive Russell land this cast in 2022?), and now Mike Myers has a Netflix series coming out called The Pentaverate, about a conspiratorial organization introduced in Myers’ 1993 film So I Married an Axe Murderer.

According to Axe Murderer, it’s about “five of the wealthiest people in the world” who run everything, including the newspapers “and meet at a secret country mansion in Colorado known as The Meadows.” It’s another one of those projects where Mike Myers plays a whole bunch of characters, although he’s also joined by the likes of Keegan-Michael Key, Debi Mazar, Richard McCabe, Lydia West, and Ken Jeong, who has never turned down a project. Ever. Not once.

I suppose the idea of an Illuminati-type organization that controls the world might feel relevant in our QAnon-obsessed country, but it doesn’t make the trailer look any better than your typical bad Mike Myers movie.

The Pentaverate arrives on Netflix on May 5th.