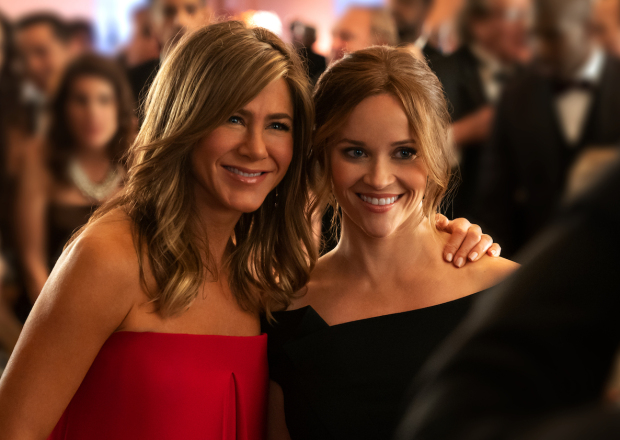 Apple+ Launches on Friday, and It May Be Doomed from the Start

Between broadcast network television, basic cable, premium cable, Netflix, Hulu, and Amazon Prime, there is no shortage of television to watch. In a typical week, I watch around 35-38 episodes of television, depending upon what Netflix, Amazon, or Hulu releases for binge-watching. This is after I have culled a number of new fall series. Even still, I am eight individual episodes and three Netflix seasons behind at the moment, knowing that, at some point, I’m going to have to abandon a show or three. I cannot fit any more television into my life, and I am sure that most people — even those who do not write about television — feel similarly. There’s too much, and the availability of it all only ends up making some feel guilty about not being able to keep up with the best shows.

The point is: In this particular moment, television viewers on the whole actually don’t want more television options. HBO subscribers would be happy to accept HBO Max, which gives us TBS, TNT, TruTV, Warner Bros. and DC’s back catalog at no extra cost, and most people are going to sign up for Disney+, not because of the new content, but because it’s cheaper in the long run than renting all those Disney/Pixar/Marvel movies. NBC/Universal is going to be free, and basically just another option to watch the same content we watch on cable. It’s gonna do fine.

But Apple+? Look: If you had 15 flavors of ice cream at your disposal at all times, would you pay another $5 a month for a 16th flavor? That flavor would have to be really, really compelling, wouldn’t it?

Apple+ comes out on Friday, and reviews for their first offerings are starting to trickle in. And the thing is: The reviews have ranged from middling to downright bad. The launch of Apple+ will be anchored primarily by three new shows, The Morning Show with Jennifer Aniston/Reese Witherspoon, and Steve Carell; See starring Jason Momoa; and Dickinson, about a teenage Emily Dickinson starring Hailee Steinfeld.

Here’s a sampling of the reviews, so far (they did not send us screeners, so our reviews will come later, if we choose to cover Apple+)

— “A brutally dull pilot and a meandering second episode.” — THR

— “See isn’t close to a good show thus far, but it does just enough to make you believe that under the right circumstances, there might be a good show here somewhere, eventually.” — THR

— “In wanting to be both a serious teen drama and a black comedy simultaneously, the half-hour show instead comes off as tonally incongruous, awash in wry hipster flatness.” — THR

— “For all the big creative swings the new Apple TV Plus series takes, it feels suspended between several different approaches without committing to a single one.” — Carolyn Framke, Variety

I'm officially allowed to talk about the Apple TV+ shows as of today, but my reviews will come later this week. BUT I will say that the only one I really properly liked is #ForAllMankind, with #See showing potential. #MorningShow is whatever. Don't talk to me about #Dickinson.

Having perused quite a few reviews for the Apple+ slate, the most generous reading overall of the three new series I can see is this: “There’s potential.” Does anyone want to sign up for yet another new service for “potential” when there are already dozens of fully realized series to watch? Does anyone want a new flavor of ice cream if it’s just vanilla with vanilla chips?

Ultimately, Apple+ is probably too big to really fail. If you buy a new iPhone, Macbook, or iPad, you’re going to get a year’s subscription for free, and if things go to hell, Apple has the ability to essentially pre-install it on all of our devices and make it free, which will at least afford the streaming network with a suitable sampling audience. But what chance, at least in the short term, does Apple+ have in breaking through? Their shows need good word of mouth, and if there’s nobody to offer that word of mouth, how does Apple+ take off?

There’s a streaming network from MGM available right now called Epix. It actually has several really good series on it, but does anyone talk about it? No, because there’s already too much existing television options in our lives to devote ourselves to more content, even great content. With middling content, what hope does Apple+ have, particularly given our general predisposition toward the status quo?

Truthfully, without a huge, Game of Thrones/The Walking Dead kind of breakthrough series, the market just may be too saturated for Apple+ to succeed.