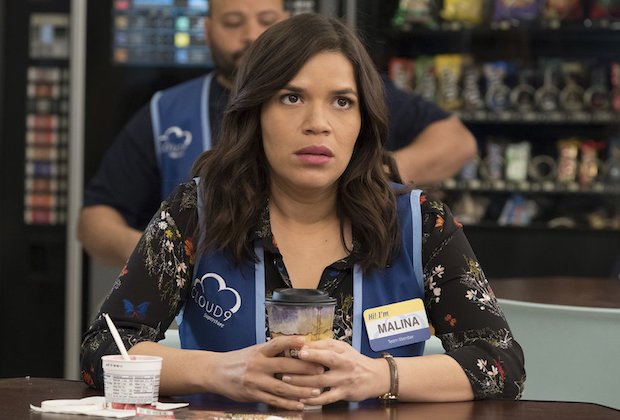 We don’t talk about Superstore as much as we should around here, although it is consistently one of the best, funniest, and smartest sitcoms on television and has managed to improve in each of its five seasons.

This is heartbreaking. Superstore has a great ensemble cast (much like The Office), and the series will probably continue to be great without her, but she’s also the rare lead-ish character who is not the most annoying part of a sitcom after five years. She’s fantastic.

Ferrera says she’s leaving to pursue her “next chapter. From THR:

“The last five years on Superstore have been some of the most rewarding, enriching and enjoyable years of my career,” she said. “Producing, directing and acting with this wonderful cast and crew has given me opportunities to grow as a person and storyteller. I’m so grateful to my partners at NBC and Universal Television for the support and belief they have always placed in the show, and I’m most thankful to the brilliant Justin Spitzer for creating the funny, smart and relevant world of Superstore and inviting me to be a part of it. As I start the next chapter for my family and career, I wish only the best, and much continued success, to my beloved Superstore family.”

My guess is that her character, Amy, will be kicked upstairs to work in corporate, after selling out the union once and for all. That will either allow for Jonah to take over the position of manager or, better yet, put him at odds with the new one.

← The Hottest Movie Dirtbags We Hate To Lust After | For You See, Meghan McCain Is Not Unlike The Lady Gaga →