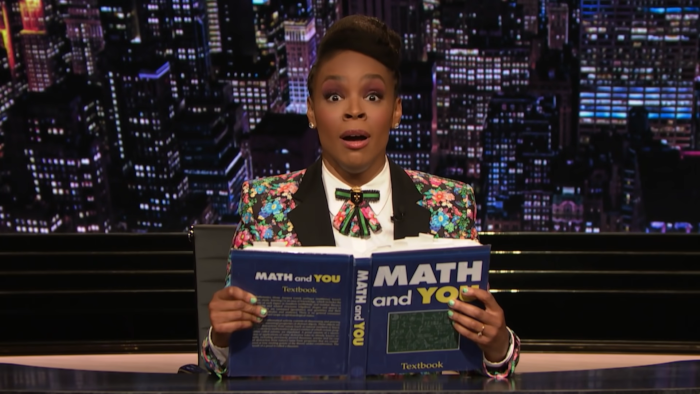 Governor Ron DeSantis of Florida seems hellbent on controlling the state. With legislation, he has been turning the Sunshine State into a kind of conservative haven, a land where the only ideals are conservative ideals, and anyone else can move if they don’t like it. It’s disgusting and dangerous. It is also an odd tactic for a party that claims to despise government overreach. Now, that overreach has extended even further.

As part of DeSantis’s attack on Critical Race Theory, his administration banned more than 50 math textbooks. You read that correctly. If you are surprised, don’t worry, Amber Ruffin was too. In a recent episode of The Amber Ruffin Show, Amber cracked open one of the banned books and was shocked to find they did contain some enlightening material. It turns out that kids were learning math and that Thanksgiving is a holiday that glorifies colonialism. Who knew?!

Some things are just true. Two plus two is four. Ron DeSantis doesn’t want children in Florida to be properly educated. Thanksgiving glorifies colonialism. And Amber Ruffin is one of the best hosts in late-night. Banning math books doesn’t change any of that.