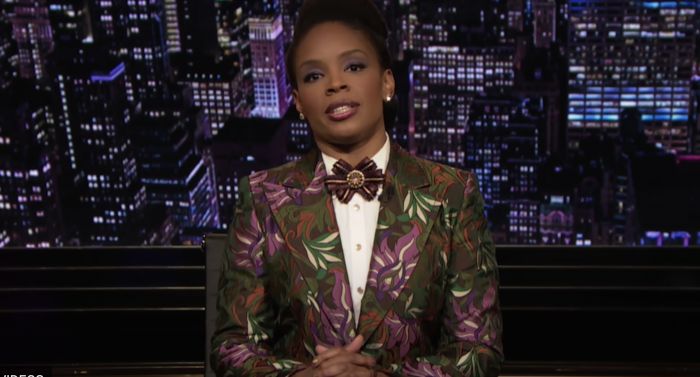 Contrary to popular belief, white people do not run the market on scamming people. Sure, they are quite good at it — prolific even. However, there are plenty of great scammers who aren’t white. Also, unlike some of the more prominent white scammers, some successful Black scammers used their gifts for good!

On the latest episode of The Amber Ruffin Show, Amber debuted her Wall Of Great Black Scammers. On there are people who freed slaves, freed themselves, and fought back against racist policies, all through scams! It’s one thing to trick people out of house and home, but to do it so that the world is made better for yourself and those you love? That’s some grade-A scamming.

This is the kind of bit I love from The Amber Ruffin Show. It highlights a part of Black history that doesn’t get much attention. It’s highlighting good trouble. The only people who she mentioned that were caught were Milli Vanilli. We all saw how it went for them! If that had happened to anyone else on the list? Things would have gone much worse.

Celebrating Black history is not just for February. On The Amber Ruffin Show, Blackness and Black people are celebrated constantly.