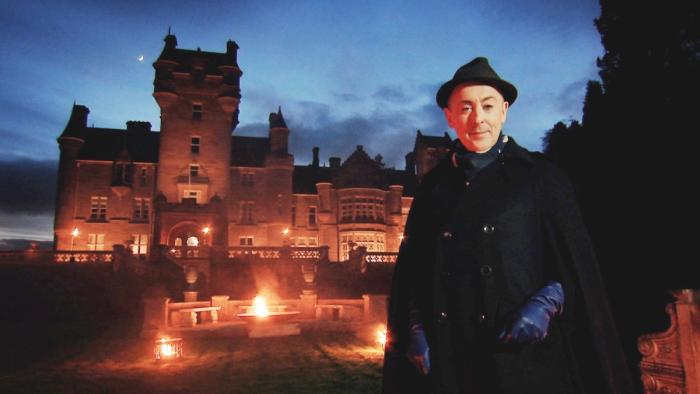 The contestants aren’t the lure here, either. Half of them are civilians, and the other half are professional reality show personalities like Below Deck’s Kate Chastain, Real Housewives’ Brandi Glanville, Big Brother/Amazing Race contestant Rachel Reilly, and Survivor stars Cirie Fields and Stephenie LaGrossa. It’s nice to see a few familiar faces — some of whom already have reputations for being villains — but most are not the kind of contestants to whom we might become emotionally attached. They may inspire modest rooting interests, but they’re not the star of Traitors.

The star is the format itself, which is based on the Dutch series De Verraders, but also, the party game Mafia (or Werewolf). It is a slickly produced version of Mafia set in a Scottish castle that features a number of contestants familiar to reality-show audiences and a number of newbies to make the whole enterprise more unpredictable. It’s really fun.

There are 20 contestants in all. Cumming chooses three to be Traitors, who “kill” one contestant each night. The other 17 are the Faithful, who are charged with trying to ferret out the Traitors and banish them. At the end of each night, all the players vote out who they believe is a Traitor. Every morning, the players wake up to find out who is “murdered” overnight by the Traitors. The format is perfect for television because there are essentially two eliminations in each episode: One player who is “killed” and one who is banished. Once all the Traitors are banished, the Faithful split the prize money. If the Traitors outlast the Faithful, they split the prize money among themselves.

There are also missions, which give the players an opportunity to build the purse ($250K is the maximum) and learn more about each other (similar to the way The Mole operates). Even though these missions include, for instance, one in which teams of players compete in a scavenger hunt to find teammates who have literally been buried alive, they are oddly one of the least interesting parts of the game. We don’t learn much from them.

Most of the excitement comes in three parts of the game: 1) when the Traitors decide amongst themselves behind closed doors who to “murder,” 2) watching how the players react to the reveal of those “murders,” and 3) the voting process. The voting is most fascinating because the Faithful and the Traitors vote together to decide who to banish. The votes are public. This gives the Traitors knowledge about who may be gunning for them, but it also creates a dilemma: The Traitors can eliminate a player targeting them by “murdering” them, but to do so may raise further suspicion. There’s a certain “which is the poisonous cup” element to it all.

All ten episodes of The Traitors are currently available on Peacock.