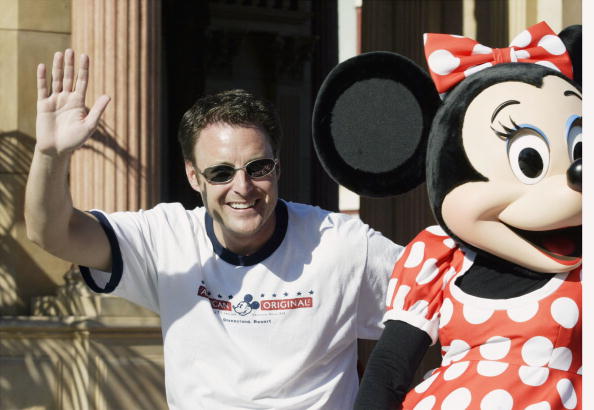 After Holding Dirty Laundry Hostage, Chris Harrison Is Officially Out as 'Bachelor' Host

Although I’ve never actually seen The Bachelor (though I have seen all episodes of Unreal), I didn’t expect that host Chris Harrison would be permanently pushed out as host of the ABC television franchise. He’s a middle-aged white dude, so I expected a slap on the wrist, some diversity training, and a public apology tour before he returned as host this fall.

Alas, when David Spade — David Spade?! — was announced as a guest host for the upcoming season, I suppose the writing was on the wall. Now it is official: Harrison it out after 16 seasons following his defense of a contestant accused of racism last season after photos surfaced of her participating in an Old South slave plantation-themed fraternity formal in 2018.

Harrison, however, did not leave without getting paid. Deadline reports that he received a 8-figure settlement in exchange for keeping his yap shut, because no doubt he has a lot of behind-the-scenes secrets he’s being asked to keep buried:

The confidential settlement with franchise producers and distributor Warner Horizon was finally reached after one more flurry of back and forth between the parties and Bachelor broadcaster ABC on Monday night. A motivational undercurrent, so to speak, throughout was Harrison lawyer Bryan Freedman pledging to unleash the Shiva of lawsuits exposing a swath of The Bachelor’s alleged dirty laundry unless his Gersh-repped client emerged feeling the financial love.

I suppose they offered him more than he’d make for a book deal to reveal the dirt, which — based on my understanding of Unreal — is probably significant. Seems a little weird to replace him (at least temporarily) with another middle-aged white guy best known for playing a character named Joe Dirt, but what do I know about reality television?

For the record, last season’s Bachelor, Matt James, who is Black, chose the woman with the racist past, Rachael Kirkconnell, as the winner. James, however, broke up with her after learning of her past, but more recently the two have reconciled and are apparently planning to move in together.