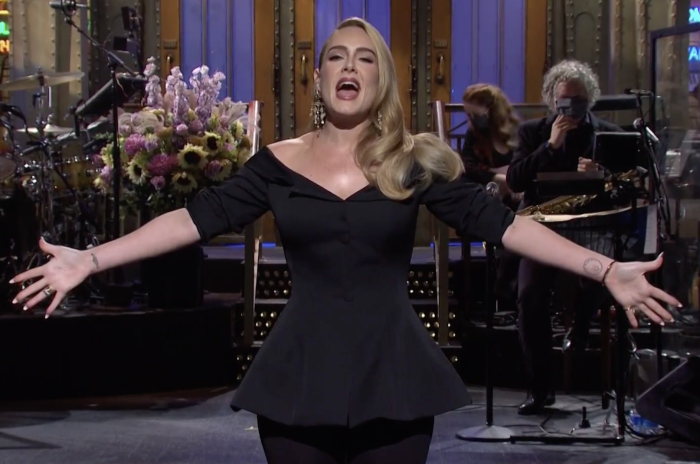 Adele Hosts a Lackluster 'SNL.' But Where Are Cecily Strong and Aidy Bryant?

Cold Open — Four weeks in, and I am done with Jim Carrey as Joe Biden. I miss Jason Sudeikis’ good-natured dolt. I was done with Alec Baldwin as Donald Trump in 2017. But what’s this? Maya Rudolph is playing the moderator, Kristen Welker? I mean, if she’s going to play additional characters every week — on top of Kamala Harris — why not just make her a cast member again? Meanwhile, I think the actual debate was more entertaining than the cold open, and the actual debate was a glum affair. Makes me miss the old days when Presidential debates on SNL were just Darrell Hammond repeating the word “lockbox.” (Score: 3 out of 10)

Adele — Sometimes the host just comes out to say hello and introduce the show and that’s it. This is one of those times. She makes one reference to her weight loss; she reminds everyone that she was the musical guest on the Sarah Palin episode in 2008; she says she swears a lot, and then she gets off the stage. It’s a very utilitarian monologue. (Watch Here) (Score: 4 out of 10)

Psychic Reading — Set in 2019, a psychic predicts what will happen to these characters in 2020. The characters are very confused about why they might be ordering coloring books, washing Doritos, and crying. It is lightly amusing (very lightly). (Score: 5 out of 10)

So far, the highlight of the episode is that John Mulaney is hosting next week’s Halloween episode!

The Bachelor — Adele plays herself as one of the Bachelor’s potential suitors. Suitresses? She repeatedly breaks into song at inopportune times. Adele is not the musical guest tonight, but she manages to get all of her big hits into this skit. (Watch Here) (Score: 4 out of 10)

Biden Ad — A Biden ad that’s really about what happens if Trump is not around anymore. What are we going to talk about? What will the news be about? What will we argue with our parents about? How will we define our lives without Trump as our constant reference point? (Score: 6 out of 10)

Weekend Update — The political jokes are on point this week (poor Che. He “thought Trump was going to die.”) The McConnell and Toobin jokes are great, too. Actually, Che and Jost had a very good night. I don’t know what Melissa Villaseñor’s segment about being alone during quarantine is all about, but I still laughed. Meanwhile, “The Village People” come out to sing a song asking Trump to stop dancing to their music or they will shave Ivanka’s head. Good “Update.” (Score: 8 out of 10)

Grandmother Visit — Two women bring their boyfriends to visit with their grandmother on her balcony (because of COVID), and try to catch her up on their lives, but she can’t hear them, so they have to repeat all of their humiliations multiple times. Maya Rudolph — who, again, is not a cast member — plays the grandmother. Four episodes in a row is too many episodes in a row (and there are at least 2 more in a row). (Watch Here) (Score: 3 out of 10)

Ass Angel Perfume Jeans — This ’80s(?) ad for jeans that cover up your “lady scents” stars Adele and Maya Rudolph, who — again — is not a cast member on SNL. This is the third skit tonight in which she has played a major role. What is going on? The skit is decent, mostly because of Bennet’s song about having “the ass of an angel” that doesn’t smell like an ass. This is probably the closest we’re gonna get to a Mat skit of the week. (Score: 5 out of 10)

I did not see Cecily Strong in the episode. Where is she? She’s clearly not around, because she posted a birthday card she got from Melissa Villaseñor, where Villaseñor said she “missed” Strong and couldn’t wait to see her again.

This is a couple days old, but worth it to share the best human smile ever. Happy so-far-belated-it-maybe-doesn’t-count. You are the star that turns out to be a planet! Love you @melissavcomedy and your Kermit the Frog kindness and joy and weirdness that you share so lovingly with the rest of us 💚💚💚

Strong, however, was on The Kelly Clarkson show three days ago to promote SNL and didn’t say anything about not being around. But I don’t think she was in last week’s episode, either. Actually, I believe she’s been missing for three weeks now (although, she did provide voice over work for an eBay ad last week). She is probably filming her Apple TV+ series with Keegan Michael Key. Maybe that’s why Maya Rudolph is filling in?

Come find us all in Schmigadoon! BEYOND grateful to be starting with this amazing group. Big thanks to @appletv @bsonnenfeld @cincopedia @cgattelli #LorneMicheals and #BroadwayVideo!

Aidy Bryant is not around, either, but she is taping season 3 of Shrill in Portland, Oregon, which is why she appeared remotely in a very short “Update” segment last week.

SHRILL SEASON THREE - DAY 1! so so happy to be back with my friends in Portland shooting @shrillhulu again! Everyone is working VERY hard to make this safe and I’m very grateful…look at these gals giving me plenty of space! Will be back to @nbcsnl in no time! 💕 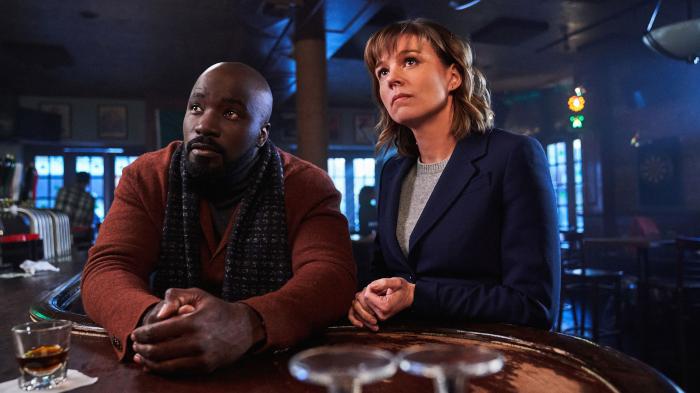 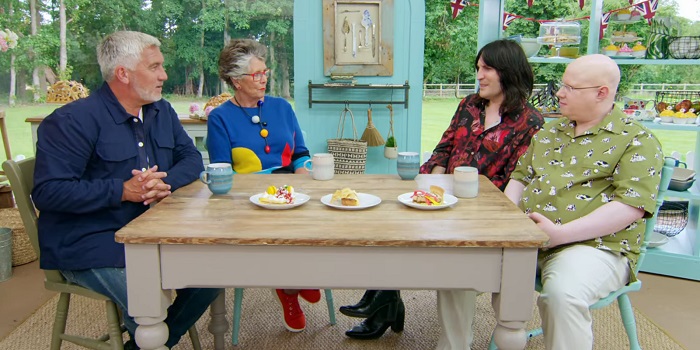 Pajiba Investigates: Do We Have a ‘Great British Bake Off’ Judging Scandal on Our Hands? Why Put a Cage Around a Tart, Anyway?