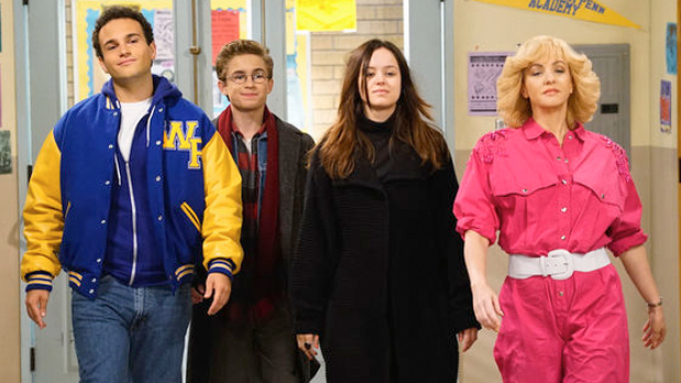 ABC Announces a Slew of Renewals and Cancelations

In fact, we watch The Goldbergs every week in a block with Black-ish — which will be back for its eighth and final season — and Mixed-ish, which has sadly been canceled (poor Mark-Paul Gosselaar just can’t keep a show on the air, although it does free up Tika Sumpter to take a starring role in my dreams).

Joining Mixed-ish among the cancellations are American Housewife and dramas For Life and Rebel, the news of which prompted me to delete it from my watch list. (It was fine, but Katey Sagal can only do so much.)

Big Sky, The Good Doctor, Grey’s Anatomy, and Station 19 were all renewed earlier, as were additional seasons of American Idol and Shark Tank.

Among the new shows picked up by ABC is a Wonder Years reboot set in the 1960s and focused on a middle-class Black family. Dule Hill will play the Dad. Yes, you are that old.

← 'Spiral' Review: Everyone Sucks Here, But Not in a Fun Way | Review: Haifaa Al Mansour Returns to Saudi Arabia for the Satisfying 'The Perfect Candidate' →