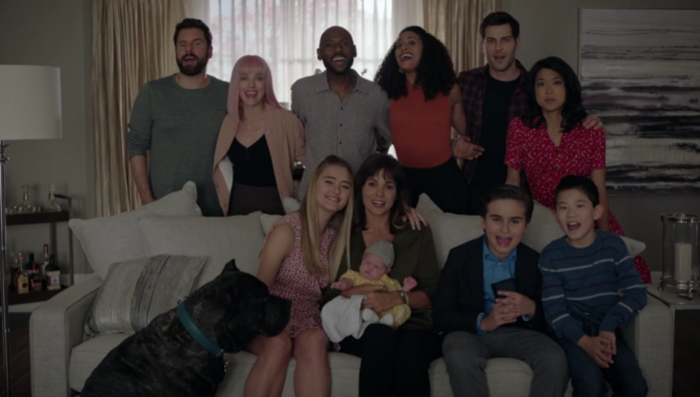 'A Million Little Things' Recap: Eddie and Katherine Grow Together While Maggie and Gary Fall Apart

Previously — In a conversation that took place while Rome and Regina were buying a new Lexus, Rome told Regina that he wanted kids. Regina shut him down.

Rome and Regina — Rome’s shooting a Lexus commercial to earn the money that would allow Regina to get out from under her investor, Andrew, in her restaurant. The commercial features a wife in a new Lexus SUV. “But it’s just the two of us,” she says to her husband. “But what if it weren’t just the two of us,” he responds. “Are you saying what I think you’re saying?” Regina is on set to see this go down, and she’s furious because Rome not only used their lives as inspiration for a commercial but gave the commercial couple the happy ending that Rome did not receive. That storyline dovetails with that of Rome’s parents, who have been married for 50 years. For their anniversary, Rome’s father gets his mother the cruise she’s always wanted, but he’s pissy about having to go, and he makes his feelings known, much to the dismay of Rome’s mother. Eventually, however, Rome’s father works himself out of the hole, which potentially softens Regina to the idea of having a baby (Regina better not compromise here!).

Eddie and Katherine — Feelings are still raw between Katherine and Eddie on account of Eddie having a baby with one of their best friends, Delilah. Katherine wants to move to Austin and start all over, but she knows she can’t do that because it would mean Eddie leaving his newborn baby behind. Instead, Eddie and Katherine visit an open house, pretend to be different people, and f*ck in the walk-in closet. Things are going fairly well for Eddie and Katherine these days, although why does their child, Theo, have to be such a quintessentially perfect child? It’s really annoying. Let that kid have a goddamn tantrum every once in a while instead of always trying to parent trap his mom and dad into sex.

Delilah — Delilah decides she needs to take a photo for the birth announcement of Charlie, but her son doesn’t want to do it because their Dad killed himself so he can’t be there for the photo. Delilah’s daughter, however, is ready to move on with their lives. Eventually, Delilah compromises and starts a new family tradition by having the birth announcement photo taken with all of their friends, i.e., their real family.

Maggie and Gary — Things are starting to unravel between Maggie and Gary. Maggie wants to figure out how to live now that she’s no longer dying, and she wants to do it on her own. She’s been spending a lot of time with Eric — who has a girlfriend, but also has the heart of Maggie’s brother in his chest. Eric encourages her to pick up piano again and attend an open mic night. She agrees to do the former, but she does so alone in her old apartment. Gary is feeling out of sorts, and everything looks like it will come to a head in next week’s episode when Maggie loses the dog:

Note, too, that it’s actually Allison Miller — who plays Maggie — performing that cover of “Let My Love Open the Door.”

Outside A Million Little Things, Miller has also dabbled in singing. She has a YouTube Channel where she has a few video performances, like this one:

FYI: It also appears she used to play intramural basketball with Darcy Carden from The Good Place.

← What Happened to Chester and Yuko on AMC's 'The Terror: Infamy'? | Netflix's 'Eli' Is Actually About Gay Conversion Therapy And Homophobia →