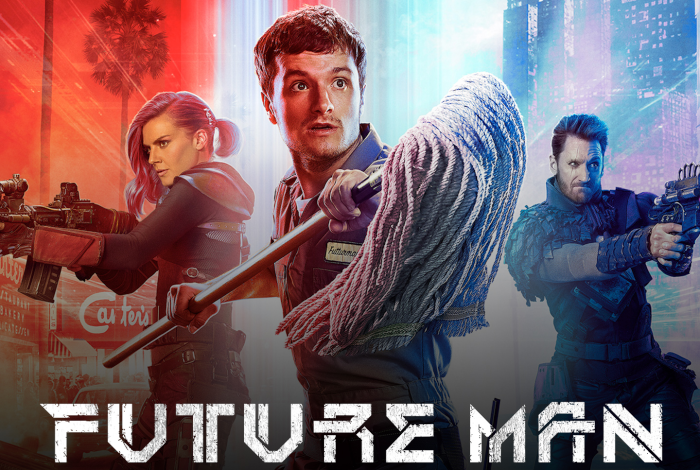 A Final Goodbye To The Best Live Action, Hard-R, Sci-Fi Comedy Series Ever

Some shows in 2020 ended because of the pandemic and the inherent scheduling and production concerns involved. “Business decisions” wiped away other fun shows that had already been re-upped, like Stumptown and GLOW and Drunk History. But as we approach the end of the calendar year I want to remember a show that ended in 2020 on schedule.

Not a perfect show by any means, but an inspired one. A show that felt like a sibling with a personality disorder. You love them, but you’re not sure you can count on them. And when they come through, it’s a thrill. More than anything, Future Man felt like being back in college, high as a kite, laughing so hard you can’t breathe, spitballing idiotic ideas for shows with friends. Those magical conversations that seemed brilliant in the moment as several human minds synced up in the way only weed can provide to make a world that is preposterous and beautiful and fragile and can never, ever be.

And then Kyle Hunter, Ariel Shaffir, Howard Overman, Evan Goldberg and Seth Rogen actually went and made it. 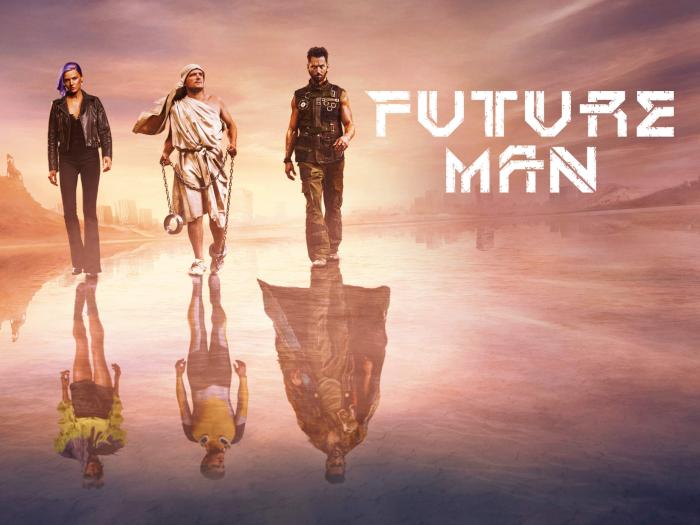 Future Man, season one, was the greatest raunchy, hard R, sci-fi television show ever created. It was, in a word, super fun. Now I know my impression of it may feel skewed. Friends of mine watched it and were like “eh, it’s good-ish.” But I loved it. Loved. For me, it pulled off one of the greatest tricks of comedy: being incredibly smart and incredibly stupid at the exact same time.

Maybe you’re not a gamer, so the subplot of being a ‘savior’ may fall flat for you. That ‘chosen one’ dynamic so present in modern video gaming was brought to life with acuity and aplomb in the character of Josh Futterman (Futter-man! Get it?) , played by Josh Hutcherson. It’s the most demanding role on the show. Josh is soft. He has no real skills of any kind outside of being a pretty impressive gamer. And yet, Future Man is his story. 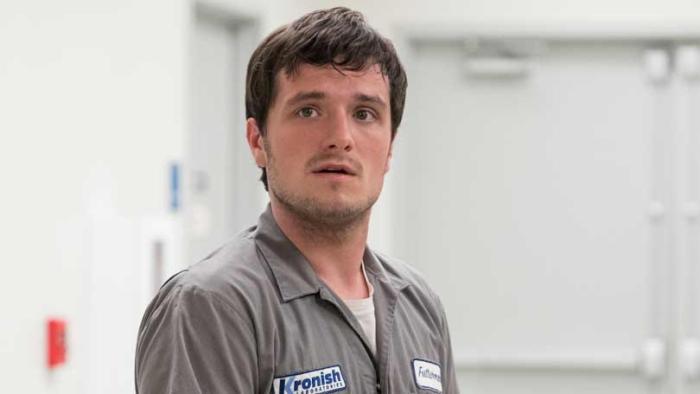 All credit to Hutcherson, who pulls it off. He is a modern day Alex P. Keaton, without the opinions, intelligence or drive. But he’s a good kid. A damn good kid. An All-American boy in the post 9/11 world. Time and time again, the only thing that stands between the fate of humanity and annihilation is Josh’s inherent goodness, his love of humanity and his desire to live up to the moniker of savior. He is, in short, a good egg.

Josh holds center for the real meat and potatoes of the show:

Eliza Coupe as Tiger and Derek Wilson as Wolf. 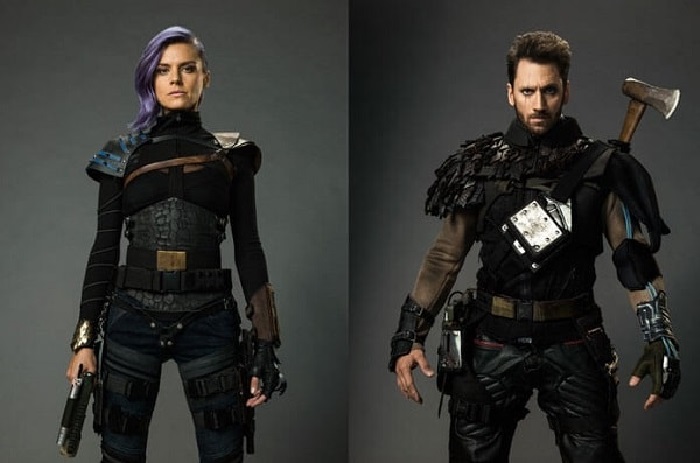 They are two of the most absurd, most marvelous characters ever written. Gifted, primal, quintessentially human time warriors who are born into sewers yet rise above their station to become legends.

I love them so much.

I’ve seen Eliza Coupe in everything she’s ever been in and I’m here to tell you: Tiger is the role she was born to play. Nothing captures her growing-up-tough in New Hampshire ethos like Tiger. No other role displays her lithe athleticism and raw, fuck-you attitude. You can watch her IG and be gobsmacked at the comic timing she just nails in random videos. Coupe has worked on various shows and always manages to land new gigs, but she never seems happier than when she’s playing Tiger. Her physicality explodes off the screen, and yet, as important as those elements were, some of her best acting was in the quiet beats, the unspoken moments, and times of personal struggle. In the end, Tiger overcomes all of her nature, all of the misery and degradation to find harmony and peace. Its the ultimate character arc, painted in primary colors. Her story had no hope until she brought hope to it. Eliza Coupe absolutely crushed this role.

Likewise for Derek Wilson as Wolf. My god did this fucking guy come out of left field. Every casting director on terra firma should know the name of Derek Wilson because his comic timing is masterful. I could teach a course on brilliant comedic choices by just watching Wolf over three seasons.

At first, Wolf was just sort of a sidekick, with Josh and Tiger stealing focus. He doubts the validity of the Savior and can’t imagine a man as weak as Josh serves any purpose. But when he finally accepts Josh, he shakes his forearm, and he does it like such a creep: too hard and too long and too close, that I laughed out loud. It’s so stupid and so amazing. Every time I thought I had Wolf pegged, he got better. Every time the outstanding writing of this character hit the page, Wilson’s performance made it that much more impressive. I just want to slow clap for the devastated sewer child who started out eating rats only to grow up to be a coke-addled celebrity chef and tycoon.

Wolf is one of the best television characters ever written. He rolls the R when he says “1985 Pontiac Fiero GT.” He bonds with, loves, and euthanizes a supercomputer. He is a fiend with cardamom. He is a Cory Hart fanatic. He has a gobulator full of brain bombs and that’s just his travel-sized gobulator. He is amazing at volleyball. He is sensitive masculinity and primal, hellacious, toxic masculinity pressed into one. Look at this inspired Top Gun homage/sendup.

And basically every positive comment about Future Man in general and Wolf in specific, looks like this: 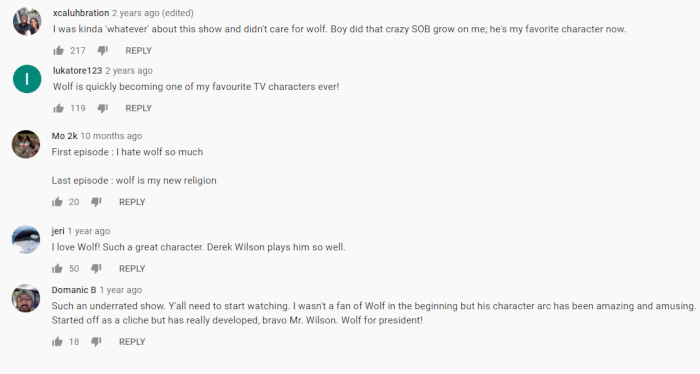 Season one of Future Man was high quality. Hysterical comedy writing and acting, amazing character development and gags that worked over and over again. The James Cameron episode is a thing of TV beauty. The first time Wolf tries meth and then the dealers walk him through an infographic of capitalism? Delightful.

Season one is a tour de force of raunch and violence and time travel lunacy. It featured great subplots, outstanding guest performances and a some excellent social commentary, if you weren’t inherently turned off by the semen and viscera and dong humor. It can be very heavy on dude humor.

Season Two felt like the aftermath of a hangover. It just was a hard miss for me. I don’t want to peel the artichoke too much here, but it felt to me like the showrunners were stunned that they were picked up for a second season and they had nothing. Zip. Zero ideas in the tank. Someone in the writer’s room pitched a fucking terrible concept and everyone jumped on board and shit just rolled downhill from there. Then again, you’ll find ‘people’ on reddit who claim season two is their favorite one, but I just assume they’re Russian bots trying to destroy everything. To my mind, and possibly because I was so high on the quality and execution of season one, season two was a precipitous drop. Josh, Tiger and Wolf were almost never on the screen together and the result was, sadly, a squishy mess. I could go into specific detail, but I love the series so much I just don’t want to. I treat season two like a bad dinner, and you just chalk it up to “not every meal is going to taste good” and move along. They tried and it wasn’t my particular bag. No harm, no foul. Moving on.

Season three was largely a return to form. The showrunners clearly took some bold swings that may or may not have landed for viewers, but I’m a fan of bold swings. Go big or go home. While it never approaches the beauty and hilarity of season one, there’s a return to a certain comedic tone that was reminiscent of better days. But the thing I most appreciated about season three is that we were able to put beloved characters to rest, rather than having them float around in the fraught, unresolved ether of series cancellation, taunting us with what might have been. Frankly, I think Tiger and Wolf are lightning strikes of creativity who deserve to somehow live on. They were so well drawn that if you’re a fan, you could insert them in another universe - Star Wars, Harry Potter, Westworld, Ancient Rome, you name it - and be able to reliably predict how they’d behave. That’s a testament to the excellent job the showrunners, staff, actors and crew did with raw materials in season one.

It’s a little show that never seemed to have much of a discernable following, but if raunch and absurdity and time travel inside of a quasi-gaming ecosystem are your thing? This show felt like it hit the sweetest of spots sometimes.

If those concepts don’t turn you off, take a gander at Future Man. In addition to Hutcherson, Coupe and Wilson… 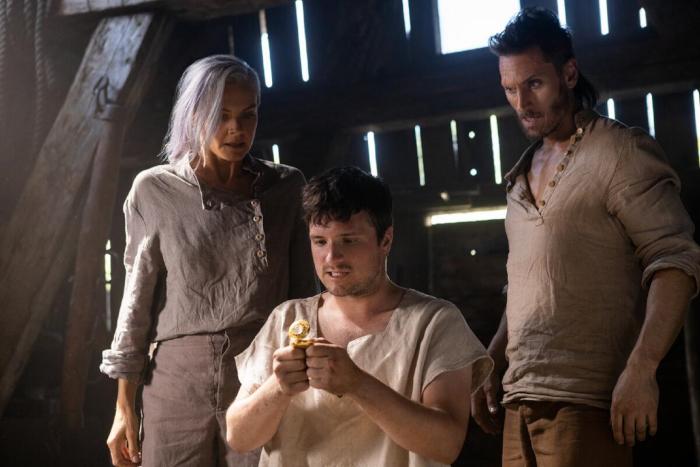 …the cast had outstanding performances from Keith David as Dr. Elias Kronish, 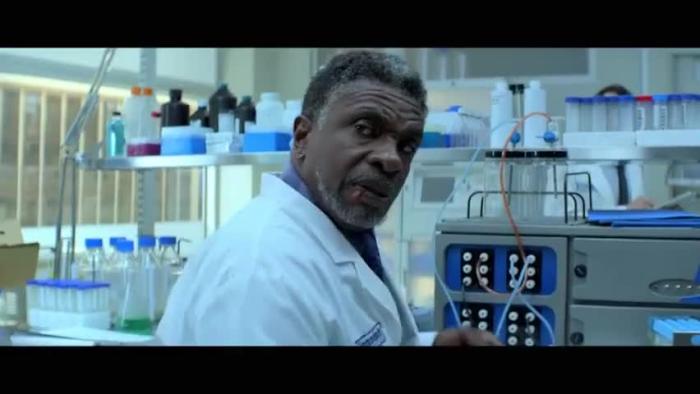 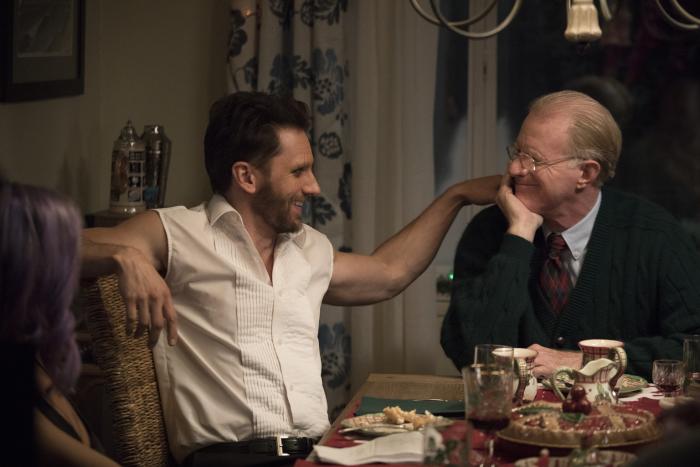 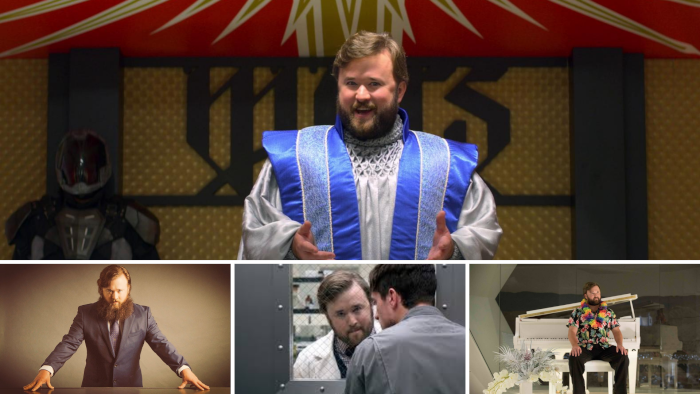 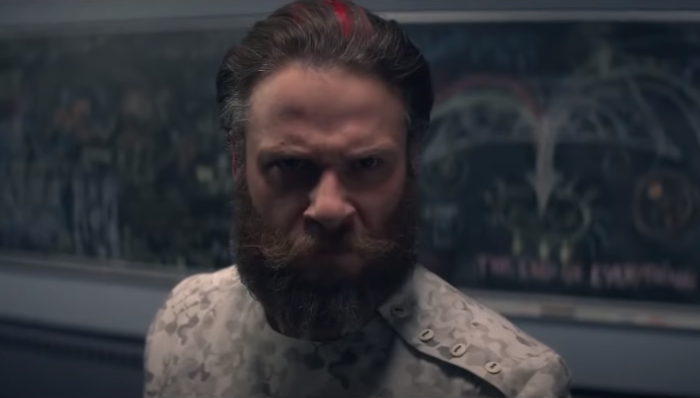 and the wonderful Glenne Headly as Josh’s mom, in her final role before she passed away due to complications of a pulmonary embolism. 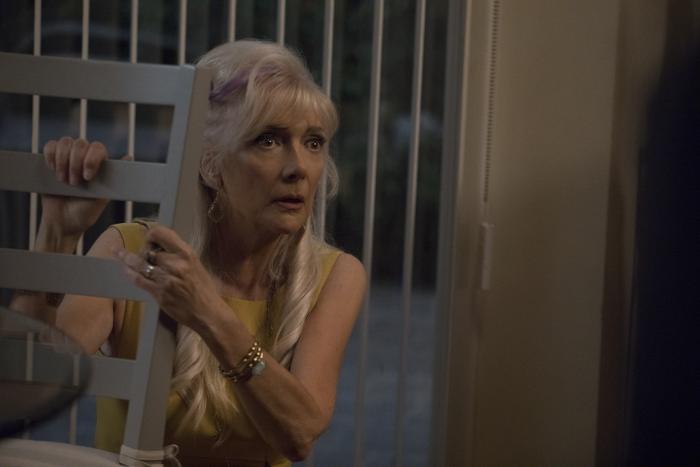 Watch all three seasons of Future Man on Hulu.

← Pajiba 10 For Your Consideration: Jonathan Majors | The Time a Spiteful Faye Dunaway Purposefully Took a Dump in her Dress →