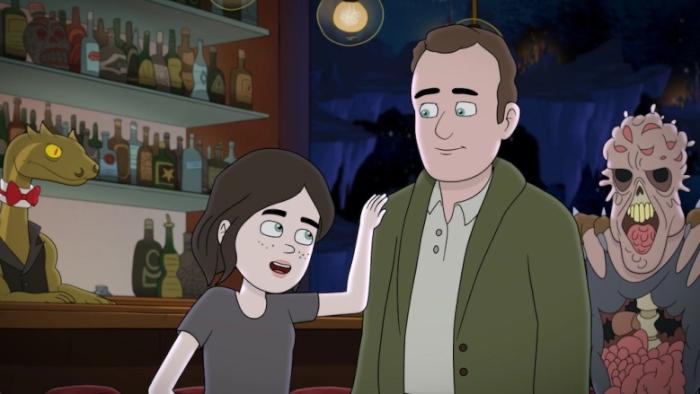 Did you watch the end of the LSU-FSU game on Sunday night? It was a doozy! LSU fought back and managed to go 99 yards in 1:20 to tie the game with no time remaining, pending the extra-point kick. Alas, that extra-point kick was blocked, and FSU pulled out the victory. There was mayhem on the field.

However, Mike Johnson — a Republican congressman from Louisiana — had his mind elsewhere during the game. During a commercial break for a game where grown men give each other concussions and lifelong brain disorders in exchange for a college education and a small chance to give other men concussions in exchange for millions of dollars in the NFL, Johnson spotted an ad for the Danny Devito FX sitcom, Little Demon.

The ad — and not the college-aged men attacking each other for the pleasure of millions of viewers — set Johnson off.

The shocking ending to the LSU opener was not the most disturbing part of the game last night. For me, that came during a commercial break in the second quarter when the television audience was presented with the trailer for a new FX cartoon “sitcom” entitled, “LITTLE DEMON.”

I couldn’t get to the remote fast enough to shield my 11-year-old from the preview, and I wonder how many other children were exposed to it—and how many millions more will tune in to the new series, owned and marketed by DISNEY.

The trailer included dark images of Hell, demons, and satanic imagery, and an explanation that the main character is … the Antichrist(!).

So, 11-year-olds watching huge men beat each other up over a ball was totally fine, but a cartoon where Satan probably learns something about being a better father to his daughter, the Anti-Christ, is the real problem? OK, Boomer.

Johnson’s Facebook post, which has 39,000 comments and 140,000 shares, also included a review blurb from Slant Magazine in the post, giving Little Demon arguably its best promotion yet.

“Most of the show’s best moments come when it leans into its hellish premise and plumbs the depths of its own depravity. It’s likely you’ve never seen a man punch a hole in his own face before or heard the words, ‘Let’s go boil some babies while their heads are still soft’ in quite that order and, after two decades of South Park, Family Guy, and other cartoon shock merchants, an animated series finding new ways to disgust is a genuine achievement.”

Honestly, I wasn’t all that interested in Little Demon, but “Let’s go boil some babies while their heads are still soft” may have just won me over. Thanks, Congressman! This endorsement from One Million Moms was also helpful: “Along with the demonic content of this series, the minds of younger viewers will also be inundated with secular worldviews that reflect the current culture.”

← Netflix Gets Spooky with 'The Imperfects' and 'Wendell & Wild' | Seth Meyers Returns, Takes A Closer Look At The Raid Of Mar-A-Lago →