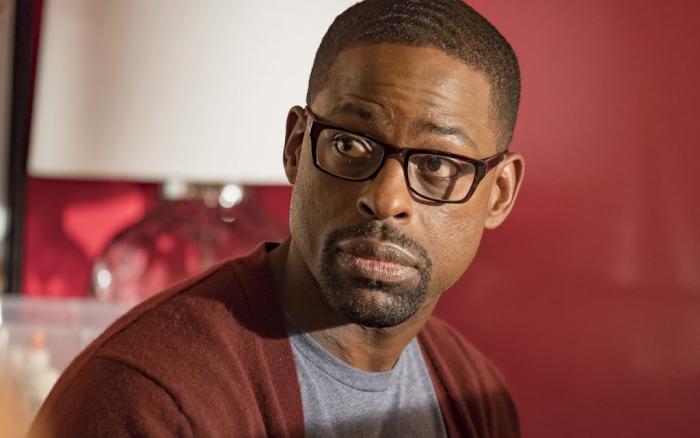 Did you stop watching a long-running series years ago with no regrets, but still occasionally wonder what’s going on? That seems to be a particular specialty of mine. Writing articles like this makes me feel justified in continuing to watch television series long past their primes (speaking of which, season four of The Marvelous Mrs. Maisel is very good).

So, what’s going on with This Is Us, that show you watched during the beginning of the Trump Administration because you were feeling vulnerable, but checked out of around the time that Jack died in that Super Bowl episode? Here’s the quick and dirty:

Jack: Still dead in the present, still providing an impossibly high bar from the past that haunts his kids in the present because they can’t live up to it.

Rebecca: She’s in the early stages of Alzheimer’s, which I’ll concede has been upsetting to watch. She forgets where she is occasionally, but otherwise has most of her faculties. Rebecca spends some of her time planning for a future in which she loses most of her memories. Saint Miguel continues to be Saint Miguel, and we’re finally watching Miguel and Rebecca’s origins story unfold. I’m glad she’s got someone like Miguel to be with her as her health declines (we know, based on flash-forwards, that the series is likely to end with Rebecca’s death).

Kevin — Late-season This Is Us has focused a lot on Kevin, in particular his love life, because the only mystery remaining is who he ends up marrying. Sophie, his first wife and seemingly his end-game, is currently out of the picture. He has twins with Kate’s best friend, Madison, but their attempt at a relationship fizzled. Madison is dating someone else, and Kevin is learning how to be a single father. After sabotaging his movie career, Kevin has also returned to the reboot of The Manny (he plays the dad now), but he’s moving into construction. He hired Cassidy — a veteran and one-time potential love interest — to build the house that Jack designed for Rebecca, and he enjoyed the experience of it so much that he’s going into the house-building business. Kevin has impressively gotten his sh*t together, and single father might be the best version of himself. Still, I think he ends up with Sophie (who has otherwise not been seen in the present this season), although I’d love to see him with Cassidy.

Randall — The series’ best character has also been saddled with a lot of the least interesting storylines. Randall is a city councilor now in Philly. The campaign nearly broke up Randall and Beth, which would have been very upsetting. He and Beth adopted a daughter, Déjà, who is still in high school but also in a serious relationship with Malik, a young single father who currently attends college in Boston. Another daughter is gay, which has provided the occasional C-plot. Randall and Kevin had a falling out last season over Kevin’s inability to recognize Randall’s blackness, but they’re good now. Beth, meanwhile, has fulfilled her dream of opening a ballet school. Randall and Beth have their sh*t together.

Nicky — If you didn’t stick around after Jack died, you missed the introduction of Nicky, Jack’s brother who everyone believed had died during the Vietnam War. He did not. He moved into a trailer and climbed to the bottom of a whiskey bottle for the better part of 40 years, but now he and Kevin are very close (he’s helping Kevin with his construction business), and he’s romantically involved with an airline attendant he met on a flight. They’re very sweet together, and Nicky has been a good mentor for Kevin as he has been dealing with his addiction issues.

Kate — The interesting thing about Kate is that she, too, has found her best self as a single mother. Unfortunately, she’s still married to Toby, who is commuting back home to Los Angeles on the weekends from his job in San Francisco. Toby is also thriving in his SF job. Their marriage is unraveling as the two are discovering how much better off they are without each other. It would be sadder if it weren’t so obvious that they are holding each other back. Also, their constant bickering is a drag on the series. I’m not sure where the show will leave Toby, but Kate is set up to marry the principal at the school where she works, a very Chris Geere character played by Chris Geere.

That is the last couple of seasons in a nutshell. You’re welcome.


← When a Politician Says He Thinks 'Loving v. Virginia' Should Be Abolished, Believe Him | Pete Davidson's Mom Wants Him To Get Kim Kardashian Pregnant →