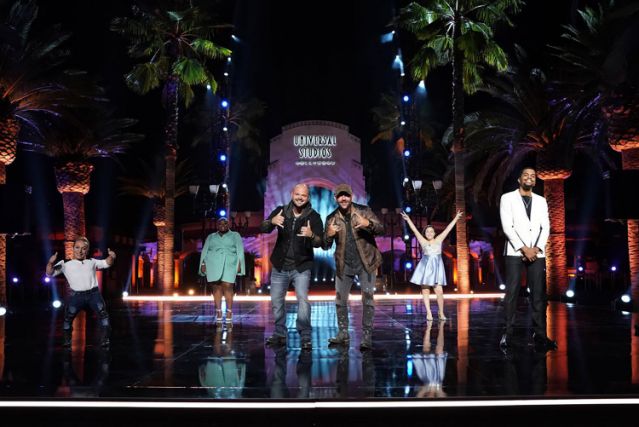 I am not a regular viewer of America’s Got Talent, although I have been known to watch the Golden Buzzers on YouTube with the kids. Because of the pandemic this year, however, I’m not even sure I knew that AGT was on until Lainey let me know that I should check it out.

In any respect, last night was the finale, and as we did last year, it’s kind of fun to guess who the winner was, although like last year, the results seemed little in doubt based on what I saw of the two finalists. First up is Broken Roots, which is two blue-collar guys (one of whom is a cop) singing classic-rock standards. Lainey used a word popularized by George Jefferson in the ’70s to describe them. They basically sound like a decent bar band assembled from the estranged brothers of Garth Brooks. They did not win a Golden Buzzer, but you can absolutely see why middle America would vote them through to the end.

They auditioned with a Bon Jovi song, and they also did Blake Shelton’s “God’s Country” and U2’s “I Still Haven’t Found What I’m Looking For,” so they were, indeed, a fastball down the middle (of America).

The other finalist was Brandon Leake, who is a beat poet. I have no idea how someone who performs spoken word made it into the finals of freakin’ America’s Got Talent, but as you can see from his finals performance, he absolutely deserved it.

I watched all of his performances, and they were unreal. Here’s a piece on Leake’s estranged father.

Meanwhile, here is a powerful piece on Ahmaud Arbery, George Floyd, Breonna Taylor and Jacob Blake that he actually performed on America’s Got Talent, one of the more conservative, mainstream shows in America. Leake brilliantly used that huge platform for this:

I don’t want to turn America’s Got Talent into a culture war between the cop and the beat poet, but I’m just saying: If it were a culture war, I’d be pleased with the result. (Congrats, Brandon Leake.)