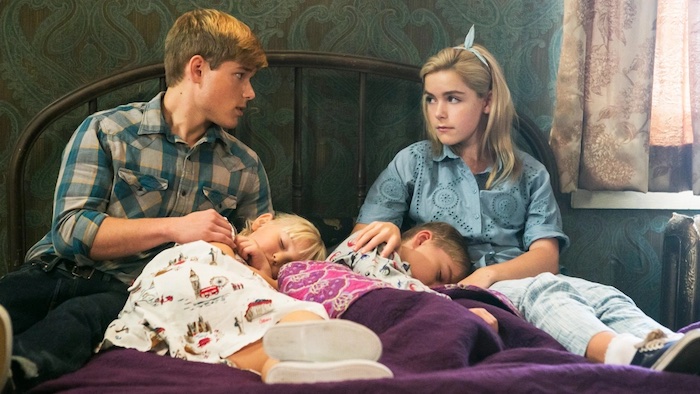 Is 'Flowers in the Attic' Based on a True Story?

With the Flowers in the Attic prequel series now airing on Lifetime, I suspect that questions about whether the original movie/book was based in reality would surface again, as they did after the novel’s initial release. The short answer is: Yes, and no. There’s no actual evidence proving that Flowers in the Attic is based on true events, but the book was advertised as being “based” on a true story when it was initially released and a relative of Andrews confirmed that it was inspired by an actual account:

“Flowers in the Attic WAS based on a true story. Virginia was a young lady when my dad made arrangements to take Virginia to the University of Virginia hospital for treatment. While she was there, she developed a crush on her young doctor. He and his siblings had been locked away in the attic for over 6 years to preserve the family wealth. Obviously she cut the time back [in her novel] to be more believable. That area of the country has a lot of very wealthy people. I do not know who they were.”

Earlier this year, the editor of Flowers in the Attic confirmed:

“Yes, Flowers in the Attic was based on a story she heard when she was in the hospital for a spinal operation … Well, someone told it to her, yes. Some doctor there. So I’d guess that some aspects of it were true—at least the aspect of kids being hidden away. Whether the twins were real, the sex, the time frame, probably not. I think it was just the concept of kids hidden in the attic so the mother could inherit a fortune.”

Moreover, Andrews’ next-door neighbors were the Garmingingers (which inspired the name of the Dollengangers), and the hair-hacking incident was also based on an actual account in Andrews’ history.

Virginia was playing in the street (they were putting fresh tar down to refinish the street) and got fresh tar in her hair—her mother could not get it all out so she had to butcher her hair… and Virginia always had long, pretty hair. That hair clipping really traumatized her even back then.”

Finally, here is Andrews’ pitch letter for the book, where she outlines that it is a ‘fictionalized” version of a true story.

Flowers in the Attic: The Origin is currently airing on Lifetime.

See Also: The 10 Most Telling Screenshots from Lifetime’s ‘Flowers in the Attic’ Trailer