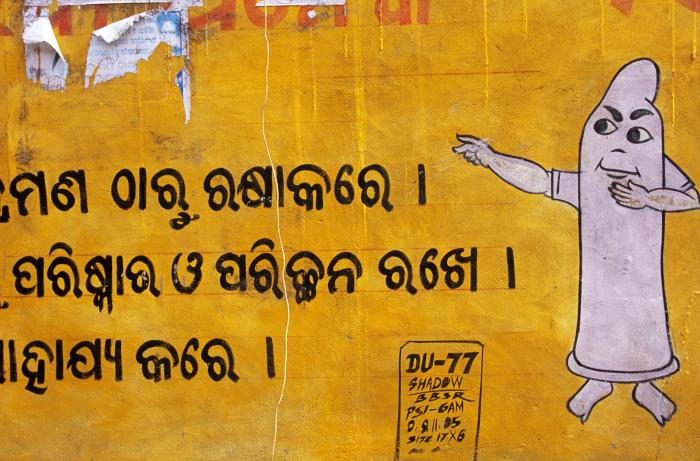 (This is a continuation of this think piece)

The Concern Troll
Absolute dork that I am, when I was 12 or 14, I was obsessed with 1995’s Book of the Year that came with our edition of the Encyclopaedia Britannica, covering 1994. That was the year of the First Chechen War, the Rwandan Genocide, the deaths of Kurt Cobain and Kevin Carter, the first free South African elections, and O.J.’s trial. As an annex, there were factsheets for every single country that existed at the time. In times of dial-up internet and Wikipedia taking its first steps out of the primordial ooze, those factsheets were one of the few ways you could inform yourself on other countries’ basics, relatively up to date for the early 00s.

And in those factsheets, one piece of data kept ringing in my ears: Doubling time, the estimated amount of time it would take for a country to double its population. That’s when I discovered things like Bangladesh’s huge population and density, with a doubling time estimated in 29 years (fertility rate of 4.6 children per women, now it’s 1.94); it’s the same thing for a number of those famously large, famously poor countries. My still-developing brain couldn’t stop wondering: Where will all those new people go?

Well-meaning thoughts that leave a door open for outright evil ideas. That was almost 30 years ago.

A few days ago, the UN published its annual report on World Population Prospects, and it showed that growth has slowed down dramatically to a rate of about 1% impacted, as you might guess, by the pandemic. Apparently, by the 2080s, the population will peak at around 10.4 Billion people and then experience a sustained drop. According to the same report, growth will be concentrated in a small group of countries like India (but dropping slowly and then quickly), Nigeria, the Democratic Republic of Congo, Tanzania, Ethiopia, and Pakistan. Those are the predictions as they stand today, a snapshot by some of the most qualified people for this job. Of course, things can and will change rapidly, without even counting whatever impact Climate Change will have.

Just as the pandemic started, The Lancet published a study that showed an even lower population growth, even among the countries with high fertility rates, if and when certain Sustainable Development Goals are achieved. Scenarios include Bangladesh’s population halving, India’s falling under the billion-people mark, and Sub-Saharan Africa only doubling or growing by 50%, instead of current scenarios that predict an almost three-fold growth. Other scenarios are now pretty much agreed upon, such as China’s population also falling by 50% or more. Latin America is at peak population and aging, making us even more geopolitically irrelevant.

Objectively, this should be good news, but we don’t talk about the framing. The Malthusian framing is the one that paints Africa’s demographic explosion as a crisis. The well-meaning, but concern-trolling argument is “if they’re having so many problems now, imagine if the population was three times larger!” As if their governments, families, and women were unable to realize that yes, family planning is a good thing, and yes, we need to figure this out. As if there wasn’t a World Region that, 50 years ago, had similar indicators as Africa does today and where family planning has succeeded, even with many countries still banning most, if not all forms of abortion. Latin American population has doubled and changed since the 1970s… but that was never the actual problem; our problem is development, corruption, and the Global North’s agenda on us. It always is.

Wikipedia (yeah, I’m using it as a reference, I already have to do an ethnographic study for my Teaching Degree, let me be) has a sequence of entries showing the World’s population century by century (more detailed from the 1500s onwards), and country by country (or more correctly, geographic units). You will notice that, at least since the end of the Middle Ages, Europe’s population always amounted to somewhere between 15% to 20%, even if you don’t count Russia or Anatolia. Roughly the same proportion as Imperial China or the combined South Asian Kingdoms, Sultanates, and Empires. But then, after World War II and, to quote Trevor Noah, three continuous decades of brutal white-on-white violence, the trend changed abruptly. Now, you can group three or four Asian countries not named China or India and you have Europe’s population. Throw in the US, Canada, the ANZAC, Japan, South Korea, and the Global North, the Developed world, AKA, the “civilized ones,” can barely match India or Africa’s population.

Is that what scares them? Regardless of their inequalities? Or that a relatively poor European country like Poland has double the GDP of a country like Pakistan? Or that, historically, the way Europe dealt with its 19th Century population explosion was to just export people to the Americas and Australia?

That’s what scares idiots like Elon Musk and his creepy-ass dad when they start breeding in the same way they accuse poor Black people of doing. Of course, people like the Musks are terrified about “population decline.” White-European population decline. They are Afrikaners, the descendants of white, Calvinist Dutch “settlers,” the Puritans that went South, literally (can you trust the people who left the Netherlands just when things were getting good?). They have created their entire culture around the fear of being a minority (in size) in the lands they occupied; they were founded on white supremacist ideas in a context where they could never feasibly become a majority. They reflect the condition of white supremacism on a Global scale: Victimizing itself in that, technically, they are a minority, even though they hold the levers of the world. Thinking the outside is eminently a threat, even though you made this world. They made a miserable world even in your own countries. They made having children barely affordable, but they deflect the blame on women, as the ones who should pick up the tab for balancing out the population imbalance.

White-supremacist framing of population growth in Africa and other Global South countries, whether it comes from Bill Gates and The Economist or from a Stormfront discussion board, always forgets that this is about Women’s Liberation first. The liberation of Black Women and Women of Color in general, but also white women. Contraceptives are the cause and consequence of being freed from the core shackle of imposing Gender. And that, in turn, revolutionizes the society and economy of poor or developing countries; it’s usually both things at once, the evolution and the counter-reaction. But progress can only happen after the liberation of Women from mandatory motherhood.

(By Women’s Liberation I am also including the liberation of all people who can get pregnant, Girls and Trans-Men included).

But of course, the actual white-supremacist dream is to “compel” white women to make more children, not just going back to the 2.1 replacement rate, but on a Mormon-family level.

There is also a well-meaning, but still, white supremacist framing of where Africa’s population is going. One that paints a picture of billions of Black bodies starving, as a huge, undefined, dehumanized mass of suffering covering every waterfront of one the largest continents, crammed in sprawling flooded cities or in the beds of dried lakes, a demographic divided and turned into more victims for Climate Change’s body count. Of course, that is if the Global North keeps consuming the way they consume and they keep neglecting the right of African people to develop. To no longer be a mass of African bodies, but instead Ghanaians, Congolese, Yoruba, or Tigray. To be persons and to be subjects of History and not just an average of mouths to feed per woman.

But again, that presupposes that Women, Families, and Governments in Africa and the Global South are incapable of understanding that yeah, it’s a good idea to plan your family’s size. Of course, they do; it’s just a matter of access and reach.

You can try it yourself. France’s Institut National d’études Démographiques (National Institute for Demographic Studies) has an interactive resource that has been my addiction over the last year. It allows you to simulate the future population of every country, continent, or the World at large by modifying the fertility rate, sex ratio, and life expectancy. You can simulate into the 10,000 AC or whatever. Of course, it doesn’t account for other factors such as migration, pandemics, child mortality, etc. But through its algorithm, you realize how small sustained changes in each indicator can have huge impacts going forwards. Maybe the Musks and the GOP should give it a try to temper their anxieties and maybe invest in developing the Global South. 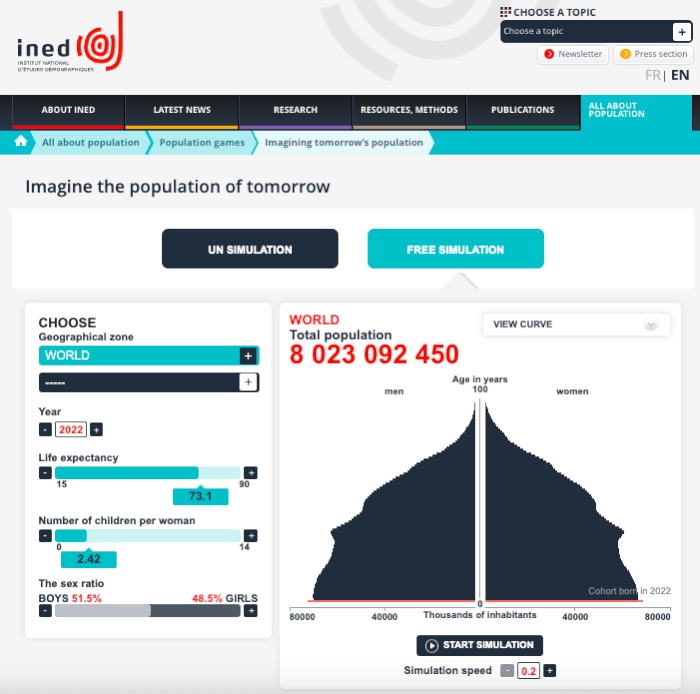 Once again, it’s always about white, Christian men being a minority, in one way or another, so you have to get those ladies pumping rosy-white babies. As many as they can.

There is another way contraception liberates Women and people that can get pregnant, and by extension, all humans. Bringing children into this world is expensive, exhausting, and daunting, but it’s also a terrifying existential dilemma. In an ever more miserable world, where there might be a future but no expectations, in places such as China, South Korea, the USA, Latin America, or even Europe, not bringing children to the world is, sometimes, the only effective protest against a broken system. Perhaps it will provide space for the children of the Others to have a voice.

I wonder if there is a long arc of justice working on Africa becoming the second most populated or the most populated continent. In most maps, Africa after all is at the center.

Alberto Cox is, again, not subtly announcing that he’s about to become a father. He’s just that big of a nerd.