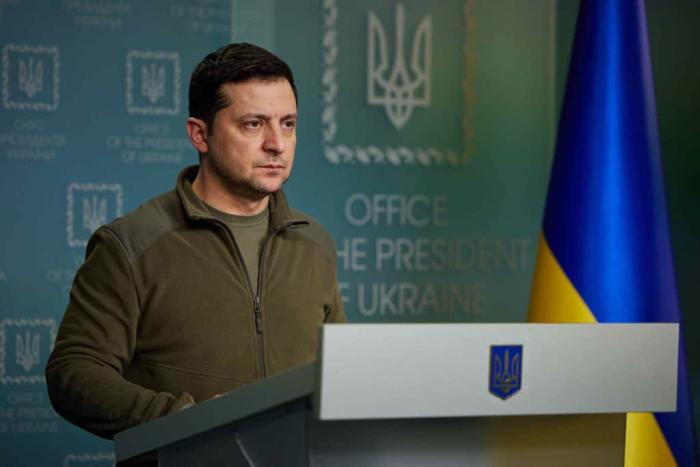 Understanding Through Storytelling: Let’s Not Get Too Mad About War Memes

What’s the difference between science and storytelling? Both will help you to understand the world, but only one will tell you how to feel about it. No, I’m not just saying that as a Literature graduate.
We’ve used stories to grapple with the Big Stuff ever since we’ve been able to walk around on two legs. Stories shape our understanding of love, death, time, and nature; they help us to process events and emotions, and figure out what gives our lives meaning. Storytelling is the force that shapes religion, history, art, and the media.

Whenever events or emotions are too big, we pin them to beats, tropes, and characters that give us a way in. This might be an angle or a frame, or a way to read the world to find hope or comfort, or to help us to choose a side. Most of these narratives we use as frames are simplistic, casting straightforward heroes and villains. Some may become a bit tedious and prompt you to wail ‘read another book’. Some may be hundreds of pages long, and some may simply be a meme.

Memes are under fire from some quarters at the moment, specifically for the way that people are talking about the conflict in Ukraine. Are memes the appropriate form for discussion of war? The best memes are organic and viral, reaching mass penetration quickly. They don’t have a long shelf life. They are a snapshot of a general mood. They don’t require a great deal of effort. They are usually lighthearted. But it’s what they represent that’s important.

Memes are micro-stories, helping us to understand what’s happening and how we feel about it. They are, by necessity, a simplification of events. They may be the tools of the armchair activist; they may be a little bit ‘Thank You, Scott’. But they show a desire to understand, to empathise and to choose a side. And isn’t that what we want people to do? Engage with experiences that aren’t their own, find a way to understand them, and share that with others? There is a risk that they trivialise wider suffering, but is that really what we’re seeing in this case? People aren’t making memes about the war because they don’t care; they are making them because they do.

The portals scene from Avengers: Endgame may have been memed to death over the years, but think about why. It’s a moment of courage when all hope is lost, followed by an epic parade of folks showing up to say ‘we’re here with you. You’re not alone.’ It’s a moment that restores hope immediately, hope that alliances will stand, your friends have your back, and the good side has a fighting chance. That’s a message we want to go viral, isn’t it?

Stories don’t just give us sides, they give us a hopeful narrative for what might happen next. The world is a scary and unsettling place, and stories give us a bit of comfort to keep going. We know the real world won’t be as neat as a story. Stories are places where, as Oscar Wilde wrote, “the good end happily, the bad unhappily; that is what Fiction means.” If we don’t have hope that things will get better, we may as well just give up now. Our heroes may turn out to be milkshake ducks but for a lovely shining moment, we can conjure some hope out of the ether and believe that the villain won’t prevail.

It is important to interrogate the power dynamics behind storytelling — who gets to tell the story, what tropes and archetypes they use, and how much the framing reveals the inherent biases in making narrative choices. But interactive media has massively democratised the storytelling space. Anyone now can post their story to millions of potential readers.

We have seen firsthand the power of stories in interactive media, and it is a force to be reckoned with. We underestimate it at our peril. Elections have been won and lost because one side told a more tantalising story. Putin wields this power ruthlessly (Hi Brexit! Hi Trump!), but has seen the story slip away from him his time. Why else would he block Facebook and Twitter? He sees the narrative weaponised against him, and he hates it. The micro-stories in pro-Ukraine war memes have permeated the international consciousness so successfully that his own are struggling to resonate. And for a bloke who has spent years trying to cast himself as the rugged tough guy, how he must hate the way the internet is celebrating Zelenskyy.

History is traditionally a story told by the survivors, but nowadays, people don’t have to wait until the dust settles to tell their stories; we are seeing these narratives in real time, recorded for the archives. Maybe that’s the legacy of online culture that we can cheer for: nations may fall, but their stories can spread before the end; no longer will the narrative of those nations be controlled solely by the forces that destroy them.

Memes show that the world is joining in and choosing a side, so share away, my friends. These particular portals might be metaphors, but we’re still showing up. That counts for something. Hopefully, it’s not the sum total of the support we can send Ukraine’s way. But it’s a damn good start.

← Review: HBO Max's 'Our Flag Means Death' Inspired By A Real Gentleman Pirate | What Kind of Movie Does Your Netflix Algorithm Tell You that 'The Weekend Away' Is? →