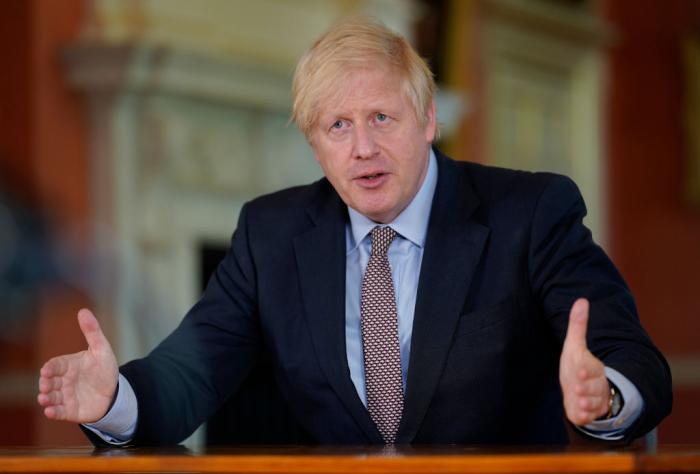 Teachers Are Not The Enemy

In any crisis, British cultural discourse relies on war tropes. Keep calm and carry on! Do your duty! Where’s your Blitz spirit? Be a hero! We’ll meet again! This barely-veiled propaganda is meant to encourage endurance under pressure and lionize self-sacrifice in service to the state. It can’t have been a coincidence that Boris Johnson scheduled his speech on the next phase of lockdown for the Sunday following VE day; let them have their cake, bunting and nostalgia, then see if we can upcycle that patriotic spirit into something economically useful.

This left the tabloid press in a bit of a quandary. How could they make their favourite rhetoric do both jobs as well? It’s easier when there’s a concrete foe, but as much as they can use a Covid-19 graphic, it’s just too sciencey. Heroes are all around, and we applaud them on the doorstep at 8pm every Thursday, as if that makes up for a decade of underfunding. But in lieu of a visible enemy combatant, the press relied on the concept of insidious traitors in our midst. Fortunately, a war story allows for more than one brand of traitor. They can gleefully shame “Covidiots” on one page, while downplaying legitimate health and safety fears as white feather cowardice on the other. Somehow it isn’t a contradiction. We all understand the narrative. The latest group to be cast in the role of conscientious objector is teachers.

A few weeks ago, the press narrative about teachers looked like it might be headed towards an interesting twist. With the majority of children learning from home, there seemed to be a new appreciation of how hard it is to teach.

Alas, it was not to be. The last week has been hard on teachers, you guys. We’ve been called lazy, treacherous, cowardly, obstructive and hysterical. We’ve seen it from MPs, the press, even some parents — and it stung the most from them. (We know it’s hard. We really do. We know it’s easier to yell at us instead. But we’re not your enemy.)

remember how people declared NHS workers heroes and NHS workers said please don't do that because it normalises us dying at work but it got normalised anyway and now the normalisation of NHS workers sacrificing themselves is being used to bully teachers into doing the same? wild

What is our crime? We want staff and students to be safe. That’s it. Most schools and colleges are still open, looking after children of key workers and students with high needs. We’ve been teaching remotely as best we can. None of this is perfect, and we’ve coped. But before schools open more widely, we want to make sure that we won’t die in service, that your kids won’t die, and that we won’t be sending your kids home covered in germs that will kill you.

In March they were covering Italy like a disaster zone, focusing on stuff like the army shipping coffins. Now when the death toll is 5x higher here they’re calling teachers militant for not wanting schools to open before there’s a way to do it without killing everyone’s nan. pic.twitter.com/Jn9JPjLIEM

Government ministers claim it’s safe. Forgive us for not blindly trusting this government to tell us what is safe and what isn’t.

Is the Daily Mail going to apologise for its appalling smear of teachers now the medical and scientific experts have confirmed they agree with the teachers?

“Other places are opening though! Why are schools so different?” I hear people cry. Well, Karen, literally everywhere else will factor in things like social distancing and PPE, for a start. The government thinks social distancing in schools is too hard, but rather than abandon the wider reopening, we’ve just been told to make the best of it. Can you imagine what would happen if an employer provided a risk assessment that said “we thought we should do something about it but it was too hard, and looked a bit grim, so we didn’t bother”? Because of the government’s abject failure to take the lead in health and safety matters, responsibility for this falls to local authorities, academy trusts and individual headteachers, who have been running around their institutions with rulers, trundle wheels and hazard tape, trying to find a way to make social distancing work, mindful that the buck stops with them. “Don’t bother with PPE unless someone’s got symptoms, in which case it’s too late,” say the government. I’m paraphrasing. But this just means that they won’t supply PPE, which is why a growing number of institutions are making it themselves in the meantime.

“Schools in other countries are going back! What’s your problem?” Those other countries haven’t been hit as badly as us, and have a raft of measures in place already. Just because the UK likes to think it is the best at everything, doesn’t make it so. Jingoism isn’t a protective force field.

“But think of the children!” We are. There isn’t enough data on children’s role in spreading the disease, and while there have been fewer cases with children, that might be because they have been more closely tucked away in lockdown for the last 2 months.

Then there are the politicians who have never stood at the front of a classroom but feel that it’s necessary to mansplain the importance of education to education professionals. I am doing my most formidable teacher eyes in their direction.

And most heinous of all, the politicians within that group who claim that by questioning any move to reopen schools more widely, we are discriminating against pupils from disadvantaged backgrounds and those with mental health difficulties. You don’t need to tell us that young people are facing horrendous levels of hardship. We know. We’ve been making up for all the cuts your government has made to services that used to support them.

Tory ministers saying “we owe it to children to open schools” might want to explain to me why they closed my youth centre, cut mental health services, underfunded my secondary school, stripped free school meals from my peers, tripled tuition fees, demonised climate strikers…

Michael Gove on #Marr - a masterclass in blame-shifting, obfuscation, weasel-words and evasion - and with his insulting suggestion that teachers don’t care about their students, a heavy dollop of emotional blackmail too.

And most of these arguments operate entirely in bad faith. Either the politicians and the media don’t understand our points, or they are deliberately misrepresenting them to paint us in a terrible light. So, bellowing for the cheap seats: we want schools open to all students! We want to be back in the classroom! We want to take care of all our students and see them happy and succeeding! But we can only do that when it is safe. It is utterly mind-boggling that there are even sides in this debate.

Some time ago, I wrote about how teachers are expected to act as human shields in American high schools, and how this policy was pursued in lieu of gun control. It seems like Johnson’s cabinet is copying from their transatlantic cousins again, as they see teachers as expendable, mere collateral damage in the pursuit of rotten policy. Well, teachers in the UK have been making up for failures in government policy for years. We have given all we can. Don’t make us give our lives.

Perhaps I should frame it using the narrative they love so much:

If in some smothering dreams, you too could pace
Behind the wagon that we flung him in,
And watch the white eyes writhing in his face,
His hanging face, like a devil’s sick of sin;
If you could hear, at every jolt, the blood
Come gargling from the froth-corrupted lungs,
Obscene as cancer, bitter as the cud
Of vile, incurable sores on innocent tongues,—
My friend, you would not tell with such high zest
To children ardent for some desperate glory,
The old Lie: Dulce et decorum est
Pro patria mori.

To all the students who miss their friends, and never thought they would miss school, but desperately want to get back into their normal routine; to all the staff working their socks off every day supporting remote learning, making sure that young people are safe, fed and coping; to all those staff taking care of key workers’ children; to all those headteachers and principals kept awake at night worrying about how they are going to comply with the government’s instructions; to all the union officials fighting on our behalf; to all the parents juggling remote education with everything else, and praying for this to be over: I see you. We’re on the same side.

← The Best of Reddit's 'No Take, Only Throw' Subreddit | Remember the Robsten Cheating Scandal? →