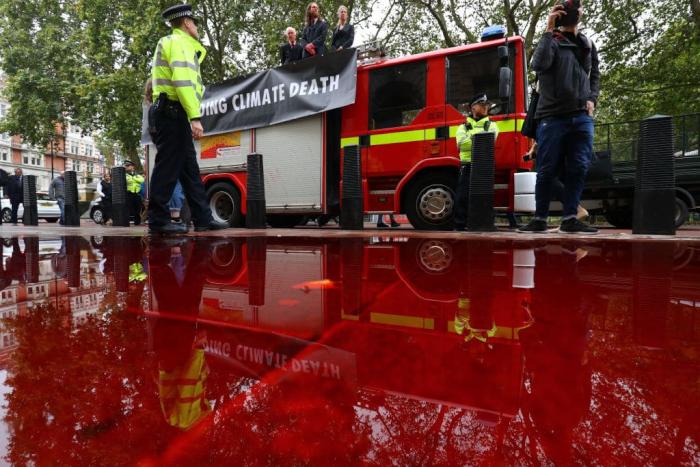 Four Extinction Rebellion activists were arrested today after spraying thousands of liters fake blood at the UK Treasury in Westminster from the top of an old fire engine. As part of protests against the UK government’s spending on fossil fuel subsidies, the activists intended to drench the building in fake blood, made from a liquid comprised of beetroot. Unfortunately, they lost control of the hose, soaking a journalist and covering the roads in fake blood. No injuries were reported.

Rebels have just sprayed the treasury with fake blood outside the #Treasury in London.

Extinction Rebellion spray 1800 litres of fake blood outside the Treasury, which they say is failing to tackle climate change.

But a malfunction caused them to lose control of the hose which flailed across the road before it could be brought under control. pic.twitter.com/5duzoSWCNa


London Mayor Sadiq Khan says he appreciated the strong feelings on the climate crisis and activist protests to encourage government action, but says Extinction Rebellion should consider whether such stunts will win over public opinion. In fairness to Extinction Rebellion, playing nice for people was never their jam, and nor should it be.

Extinction Rebellion has already announced their 12-day long period of protest in London, known as the Autumn Uprising, which will involve ‘peacefully shut[ting] down all roads into Westminster in Central London and non-violently disrupt[ing] the government until our leaders agree to TAKE EMERGENCY ACTION NOW. Other non-violent actions will target corporations, ministries and infrastructure that maintain our toxic system.’

Personally, I’ve no damn time for people who think protesters fighting for the future of the one planet we have are ‘going too far’ or are ‘too inconvenient.’ Has Greta Thunberg taught you nothing? It’s bonkers that we in the UK have a government that acknowledges climate change is real, knows that we need to take serious action, and just shrugs its shoulders as it continues business as usual. I’m also a sucker for fake blood. 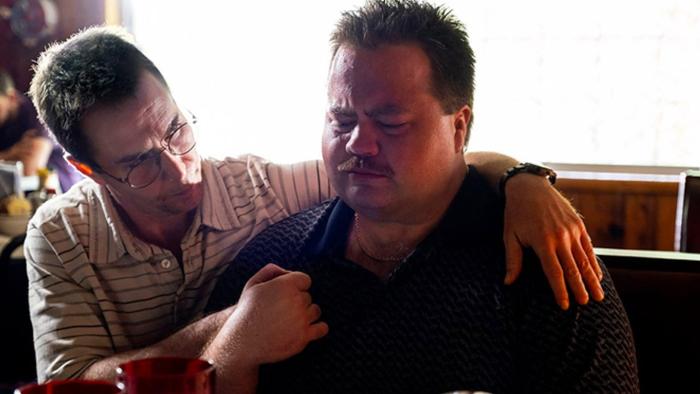