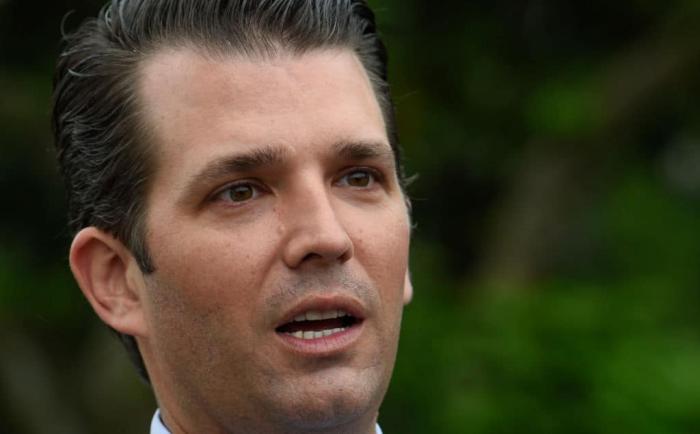 So Who Bulk-Bought All Those Books To Get Donald Trump Jr. To the Top of the NYT Bestseller List?

The New York Times is the biggest name in journalism, obviously, but it’s also the most prestigious name in publishing. It means something to be a New York Times best-seller in a way it simply doesn’t for, say, USA Today or the Sunday Times in the UK. It’s still the thing most authors dream of, the golden label that implies legitimacy, popularity, and the upper echelons of a notoriously tricky industry. So of course Donald Trump Jr., the President’s third or fourth most-loved child, wanted to top it. No matter how many times the Trump family whine about the ‘fake news liars’ of the New York Times, they still want that slap on the back from the big boys.

Triggered, Donald Trump Jr.’s totally original and not at all exhausting polemic into 4Chan rhetoric that he definitely wrote himself (with his own crayons and everything), is currently at number one on the print hardcover nonfiction list, ahead of Mitch Alborn, Flea from the Red Hot Chilli Peppers, and Jenny Slate.

New York Times bestseller list is out and @DonaldJTrumpJr debuts at #1 pic.twitter.com/RigzViqqNV

That’s to be expected. Honestly, with publishing in the state it’s in, you don’t really need all that many sales to top the list. However, the devil is in the details. Notice that little sword in brackets next to the book’s blurb. That means there’s evidence of bulk-buying to inflate the title’s popularity. Bless, Donny, he was so desperate to prove those fake news liberals wrong that he cheated. Very stable genius there.

This is actually a very common trend for conservative authors hoping to pwn the liberals. Indeed, the New York Times itself wrote about the trend way back in 2003. It’s also something baby Donny’s daddy did with his book The Art of the Deal, and that gaming of the system was reported way back in 1991. As noted by Jack O’Donnell, a former Trump executive who wrote the tell-all book Trumped! on his former boss’s egomania, they were pressured into buying thousands of copies of the book to put in the Trump Plaza’s gift-shop and even in the rooms of the Trump hotels. Trump’s first wife Ivana got in on the game too.

You name it and a conservative figure with a book to shill has probably done it. As Electric Literature noted, ‘Mitt Romney bulked up his numbers by requiring his book tour hosts to sell between $25,000 and $50,000 worth of his 2010 book.’ Also hey, remember Handbook for Mortals? Ah, that was a fun time.

Heads up, y’all: the bulk (conservative) daggers are back on the NYT print bestseller list. #8, 12, 13, and 14. Bulk orders, giving the false impression that these ideas are wider spread than they actually are.

These bulk-buying antics are intended to show a level of popularity that probably doesn’t exist. Getting onto the list is a form of publicity itself and it sends a message of both economic and cultural clout. For Trump Jr., he probably wants to stick it to the ‘fake news media’ that he’s right and they’re wrong, and for his followers, the evidence of bulk-buying noted by the paper is just them trying to keep the beleaguered underdog rich boy down.

Another thing this nonsense exposes is the oddly secretive way the New York Times calculates its list. They are notoriously elusive in how they compile the list itself, although it does involve some level of traditional sales figures and internal bookseller data. The ability to game the list is probably better-known than how the list is put together. When we wrote up the Handbook for Mortals story, we noted how a number of sources confirmed that a 3rd party marketing company named ResultSource, who specializes in ‘bestseller campaigns’ on behalf of authors, were involved with the bulk buying strategy for the book. This company is notorious for this particular brand of ‘marketing.’ The New York Times claims it keeps its list metrics secret so as to not allow people the means to game the system, but people have been doing so for decades, and that little sword indicating bulk-buying won’t do much to fix the issue when all these goons want is the right to call themselves a New York Times bestseller.

I’m sure we’ll hear stories soon of Triggered being handed out to Trump supporters during the 2020 campaign or the discovery of a warehouse in Russia full of rotting books. Who knows, maybe one day, Trump Jr. will actually read his own book, or one of the thousands of copies he bought himself.

← Reddit Asks the Question: 'If Trump Was Running Against Trump, What Would He Say About His Opponent?' | Everything You Need To Know About WTF Is Happening In 'The Mandalorian' →