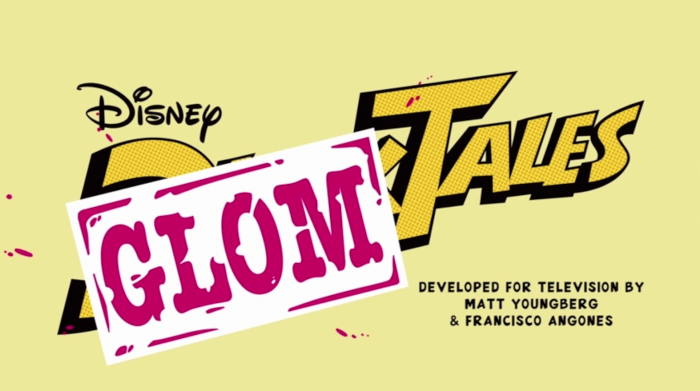 GlomTales (And Other Episodes) Of 'DuckTales' As Tori's 'DuckTales' Spectacular Continues On Podjiba!

Previously on Podjiba: we started Tori’s triumphant guided tour through the wonderful world of DuckTales, and Dustin was forever changed for the better (but only a little, it’s still Dustin after all). We also resolved to talk about the show for one more week (instead of a couple more, mostly because of circumstances outside of anyone’s control that you definitely don’t have to worry about)!

This week, we continue that discussion, after watching the following episodes:

No spoilers, but I think it’s safe to say a good time was had by all.

Now that we’ve reached the end of our DuckTales discussion (for now, at least), we are once again going to take a brief break, mostly because of [redacted] but also [redacted] and [redacted] and who knows, maybe [redacted] will show up for a special treat! Only time will tell. But in the meantime, summer is the perfect time to catch up on television new and old and even recently arrived on HBOMax!

Podjiba! Lest we forget, it is a podcast that will return before you know it, and will at that time be found pretty much everywhere podcasts can be found, as well as right here.