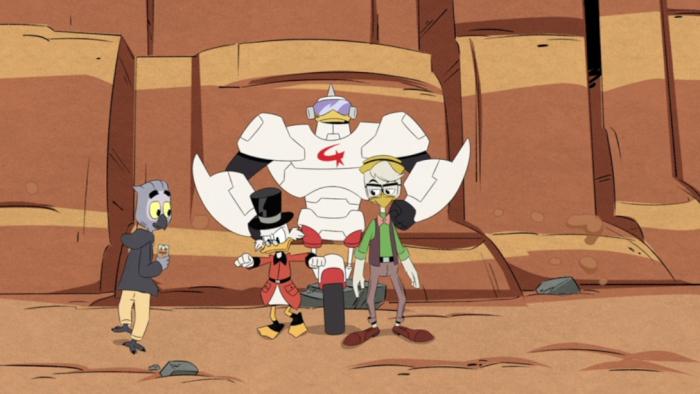 Specifically, it’s finally time for Podjiba to take a brief break from the constant churn of new television to talk about a show that formerly graced the airwaves (and/or streaming pipes)! After last year’s successful explorations of Friday Night Lights (but only season two) and Tori’s guided journey through Supernatural, this time we’re using this space to talk about DuckTales!

Over the next two weeks, we’ll be discussing the series, a variety of episodes that Tori curated (which sadly don’t cover everything the show has to offer, but due to time constraints there was only so much she could pick!), and of course, how wrong Dustin is (or was, since he’s obviously come around and is now a fan).

As a reminder, here are the episodes we watched for this week (which you can find on Disney+):

And if you want to watch along next week, these are the episodes we’ll be watching:

Podjiba! The only podcast (probably) that chose to watch DuckTales over Justified, and was better for it. Find it everywhere and also here!