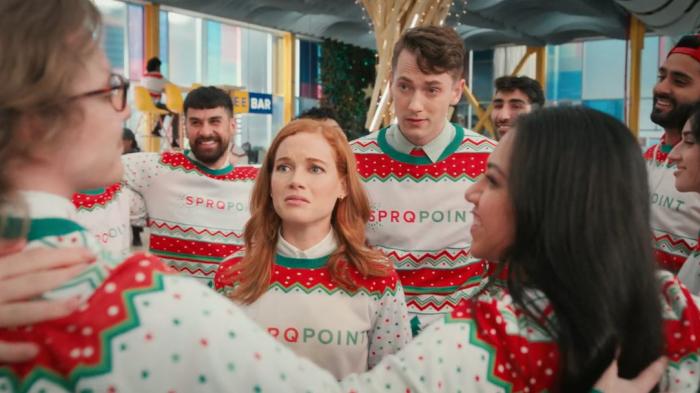 'Zoey's Extraordinary Christmas' Is On Roku! (Other Shows Exist Also, On This Week's Podjiba)

Remember last week, when we had a special guest whose name shall not appear here, but also helped us have an enjoyable episode? The special guest who we might have suggested would be back this week?

Well, circumstances have happened as such so that the unnamed guest was unable to be on the show! This also means that we may or may not have been unable to record the other special episode we were planning on recording because, well, we didn’t do it last week and thought we’d do it this week, only for the aforementioned circumstances to happen!

Point is: this week, it’s just us as usual. On to the show itself:

- Our final trip INTO THE SINKHOLE [plonk] with Dustin is here, as he helps us navigate through the season finale of La Brea!

- We talked the first two episodes of the new season of How To With John Wilson on HBO! (It’s just as weird, and just as fun.)

- I reminded everyone (not that they needed it, obviously) that the cancelled-too-soon show that has become a movie, Zoey’s Extraordinary Christmas is now streaming on Roku for free (I don’t have a Roku device, but I assume it’s there - otherwise, you can go to the website like I did to find it)! If you like the show, you will find the movie just as pleasant!

- Dustin somehow found this brand new show called Dr. Brain on AppleTV+, totally on his own!

That’s everything this week (other than the random asides, like about The Walking Dead, because Dustin). Next week, possibly another surprise (but not like this week’s surprise, I swear).

(Also, congrats to Dustin, but any FX show on Hulu will still be an FX on Hulu show in my heart.)

Podjiba! The only podcast (as far as I know, and I thought about asking Jeeves briefly) to talk about both How To With John Wilson and Zoey’s Extraordinary Christmas, is available everywhere and also right here.