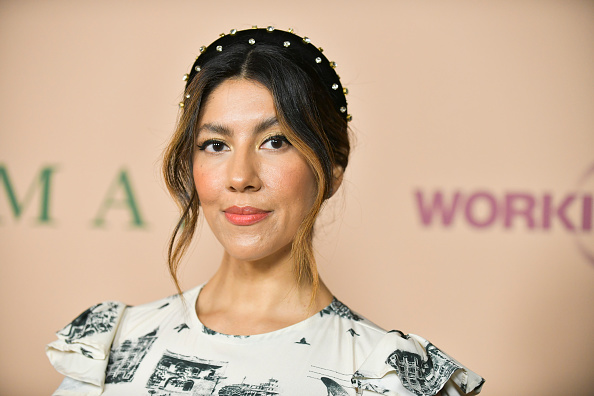 We all know that the voice that Stephanie Beatriz uses on Brooklyn Nine-Nine is not her real voice, but no matter how many times you’ve seen Encanto, it’s still weird getting used to Beatriz’s natural voice as host of the Wondery podcast Twin Flames. “Twin Flames” refers to one’s “mirror soul,” or one’s “other half,” and some desperate people in search of romance are particularly vulnerable to the idea that they might have a divinely proffered perfect romantic match out in the world.

The podcast interviews both former members and, at least in one case, a “Twin Flame” subjected to the overbearing and often frightening stalker-like actions of an ex-girlfriend counseled by Jeff and Shaleia. Their stories are heartbreaking, enraging, and frustrating. One woman plowed thousands of dollars into the program and devoted her entire life to it to the exclusion of her friends and family. She was told to dress more feminine to attract her Twin Flame, but after he repeatedly rejected her in an angry fashion, she was matched with another Twin Flame, who just happened to be another member of their program. It was a same-sex match, only this woman isn’t gay or even bisexual. However, after being told to behave in a more feminine manner, she was then told she was “divine masculine” and had to behave as such with a woman who was no more romantically interested in her than vice versa. Objections were not allowed, because God speaks through Jeff and Shaleia, and how dare anyone defy the will of God.

From what I can gather from the podcast, Jeff and Shaleia are not particularly charming — not the sort of personalities one might typically associate with a cult. They attempted a number of other online scams before stumbling upon one that stuck in Twin Flames. It stuck because lonely single people with a lot of disposable income who are desperate to find love matches are particularly susceptible to their brand of bullshit, which is basically the romantic version of The Secret. You cannot will love into existence, folks. When it comes to unwilling romantic partners, Bonnie Raitt has all the advice one needs, and it doesn’t cost thousands of dollars.

Twin Flames is available in all the usual places.

← 'The Worst Person in the World' Is About the Beauty and Tragedy of the Possible | 5 Shows After Dark: 'iHeart Radio Music Awards' on Fox, 'Abbott Elementary' on ABC →