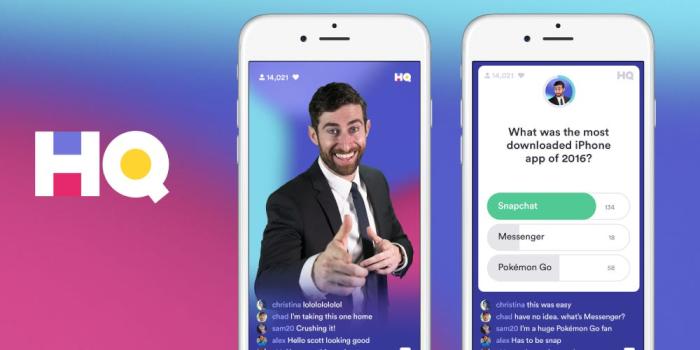 Podcast Review: Boom/Bust: The Rise and Fall of HQ Trivia

I’ve never played HQ Trivia, barely knew anything about it two months ago, and I have long refused to get involved in another trivia app after QRank broke my heart eight years ago (RIP QRank). However, I do enjoy a good, schadenfreudtastic story from the start-up world, and The Ringer podcast, “Boom/Bust: The Rise and Fall of HQ Trivia” is exactly that. The nine-episode podcast hosted by Alyssa Bereznak has got it all, and for those like myself unfamiliar with HQ Trivia’s story, there are a surprising number of twists and turns along the way.

Much of it plays out like a lot of start-up stories: The founders come up with a great idea, it catches fire, investors throw obscene amounts of cash at them, everyone rides high on the money train for a year or two until bad management decisions and hubris get in the way, the money runs out, and the toxicity takes over until the inevitable crash and burn.

Here, those founders are the creators of Vine, Rus Yusupov and Colin Kroll, who decided to invest in an interactive trivia game that awards cash prizes. They hired a stand-up comedian named Scott Rogowsky to host the game, and it caught fire quickly, the cash prizes grew, and so did the users, reaching around 2.4 million players a game by March 2018. Less than two years later, it was all but cooked, ending with a final game hosted by a clearly inebriated host (and a drunk offscreen producer). There’s apparently a zombie version of the game that still exists after an unknown investor bought the company, but it’s not the same HQ Trivia that, for a window of time in 2018, everyone was playing, so much so that the mid-afternoon game basically shut down hundreds of workplaces for a few minutes each day.

Bereznak follows the rise and fall, talks with almost all of the participants, and even gets some inside scoop from a member of an HQ Trivia rogue Slack channel. There’s a lot of drama, a lot of hurt feelings, and tragically, a lethal drug overdose involving founder Colin Kroll, who had been dismissed from Twitter after its Vine acquisition because of “bad management” and an extensive list of sexual misconduct allegations. Start-up companies always feel a little bit like a capitalistic grift — like water balloons so full of greed and ego that they eventually burst — but that feels particularly true for HQ Trivia.

It’s a great, almost Shakespearean story told brilliantly by Alyssa Bereznak, and if you are into start-up soap operas, “Boom/Bust: The Rise and Fall of HQ Trivia” is a fine way to while away the time over the holiday the weekend.