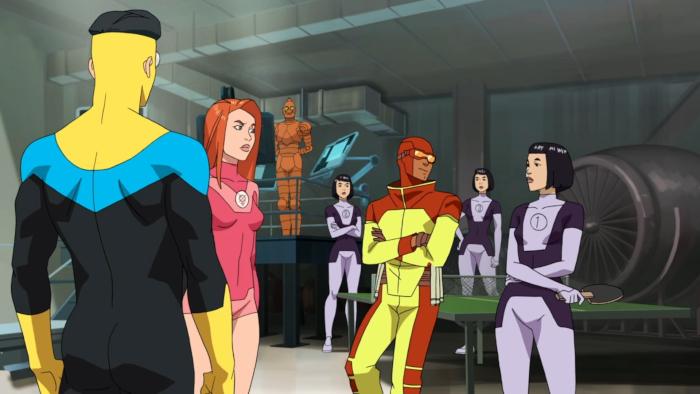 'Made For Love' Is On HBO Max, 'Invincible' Is On Amazon: Both Are On Podjiba (This Week, At Least)!

If you’ve listened to us at all in the past, you know that one of our favorite things to say is that there is too much TV.

To be clear, this is not a complaint! We wouldn’t bother with Podjiba if we didn’t love television on at least some medium level. It’s just, there’s so much that we can’t watch it all - and we can discuss even less.

Case in point: The Mighty Ducks: Game Changers premiered last week on Disney+, and we had been planning on talking about it - partially because the old movies are a full blast of double barrel Disney nostalgia, and also because we are very curious to see what terms Tori will coin for some of the positions (odds-on favorite: “checky-boys” for the enforcers… or did she already create that…).

But there was too much to talk about this week (and only one episode of the show), which is why we will be saving it for a future time, possibly next week.

However, for another peek behind the curtain, we did have the following exchange while it was still in the running for this week’s episode: 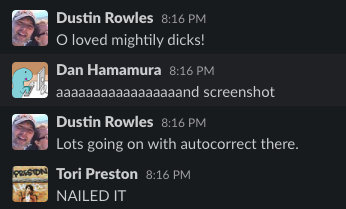 Yes this is a very professional operation, why do you ask?

Anyway, let’s get into what we do, in fact, discuss this week on the show (as usual, SPOILERS should be expected):

- After a brief farewell to Superstore, Tori and Dustin share their thoughts on the first episode of HBO Max’s new show Made For Love, which releases today, but they got to see early at SXSW which is totally fine and I don’t feel left out at all!

- We look at episode two of The Falcon & The Winter Soldier, a show we will likely continue to mention over the run of the season, even with Manifest returning (congrats Dustin)!

- Finally, we look at the first three episodes of the new Amazon series Invincible, which may or may not end up being a gateway program to get Dustin to watch more animation!

You can find Podjiba anywhere podcasts are available, including embedded below. Or, if you want to directly download the episode you might want to click here.


← Morning Briefing: The Extortion Plot Against Matt Gaetz, the Georgia Voting Law, and Another Gender Reveal Party Gone Wrong | Netflix Is Paying $400 Million for 'Knives Out' Sequels And There Is No Backlash →