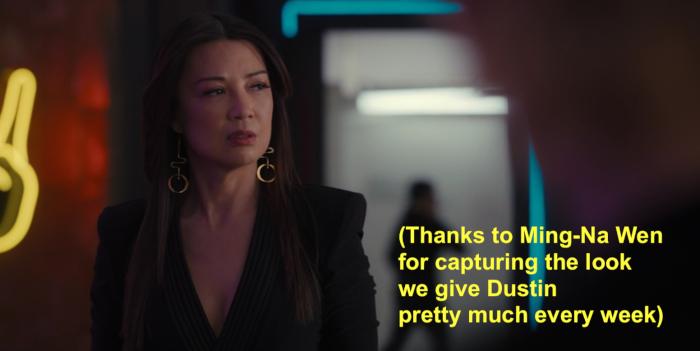 'Hacks' And 'We Own This City' End, Dustin Returns, And We Talk About That Scene In 'The Boys' On Podjiba!

First off: Dustin has been safely found and brought back to his regular spot here on Podjiba, where he has returned to his favorite pastime of watching too much television and ranking all hole-related shows in order of preference.

In case you were worried that he has come back from his brief hiatus having been changed, don’t worry, as he was more than keen to talk about THAT scene in the season premiere of The Boys (you know the one, with the guy, and the sneeze, and the other things that happened).

And thankfully, we have Tori here to remind us why that scene isn’t just a game of one-upping things from last season, but serves an additional purpose in the larger fabric of the series!

(Dan was also present for the conversation.)

Other topics this week outside of Dustin’s continued pursuit of television talking perfection:

Podjiba! The podcast that is still looking for more TV holes for Dustin, available most places you find podcasts and also right here.