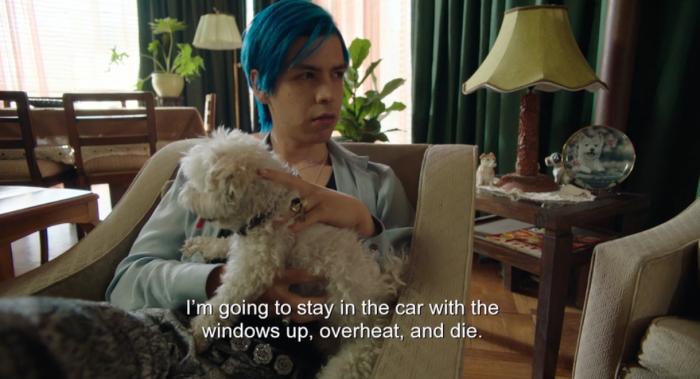 'Atlanta' And 'Los Espookys' And THE GAME All Return To Podjiba!

While we at Podjiba do usually go into the podcasts with a nominal plan (or at least a short list of the shows we’re probably going to talk about), you and I both know by now that we tend to wander into other topics for no particular reason, other than that we happen to find them interesting (or fun) in the moment.

Case in point: despite no real preparation beforehand, this week we managed to get into yet another edition of the somewhat tolerated segment known as Tori’s Water Talk, and ended with an impromptu game that definitely doesn’t sound like we just made it up while we were going!

But in between, of course, we do still talk about a few shows that at least some of us have seen, like the returns of Atlanta and Los Espookys, as well as the now-regular segments like She-Hulk, or the House of the Dragon/Lord of the Rings fantasy double feature that some of us tolerate graces our screens every week.

The point is: we’re three years in, and we’re still finding new and hopefully interesting ways to waste a little bit of time, often while drinking alcohol.

Podjiba! A podcast that is, in theory, still about television, even when we get into other things like Tori’s Water Talk, can be found everywhere podcasts are, and right here.