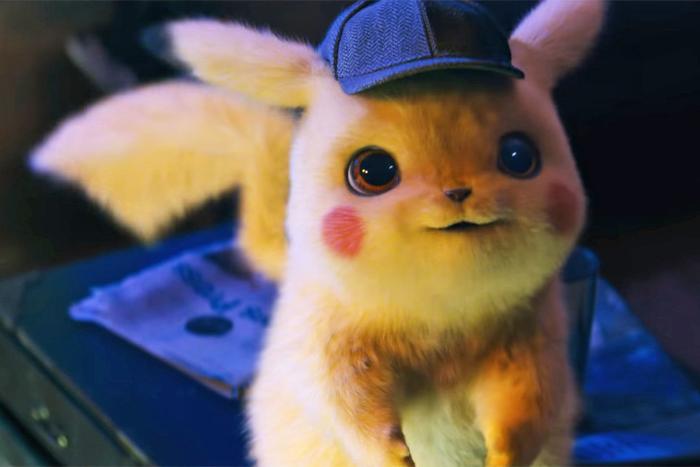 Earlier this year, I made a terrible mistake. A tactical parenting error that I should have seen coming, but like some kind of damn rookie, I did not anticipate. Like your first taste of alcohol, or heroin, or murder, it seemed harmless at the beginning, but soon spiraled out of control and became a monster.

You see, I got my son (known in these parts as Wee-K) into Pokémon.

Well, I didn’t get him into it so much as I innocently fed his habit. He had a sort of casual understanding of Pokémon because he’s seven and hangs around other seven-year-olds. But I figured like Patriots football, Under Armor clothing, and peanut butter, it would be one of those fads that other seven-year-olds were into that he, for whatever reason, would not be. But, time passed, and he got more interested. His interest was further piqued by the release of Detective Pikachu, a film that made almost no sense to me but that he seemed very into.

Then, his birthday came along and we were at something of a loss for what to get him. He doesn’t play with toys much but does enjoy collecting things. So, I thought maybe I’d throw a few Pokémon cards into the mix since he had shown some interest. I mean, I like collecting nerdy things — in my case, it’s t-shirts and movies and shoes and Spotify playlists — so no reason I shouldn’t foster his own pursuits. So, I consulted with some of the guys in my video game group and settled on a reference book on Pokémon and a bunch of cards.

Little did I know, I might as well have stitched together body parts and hit them with lightning. He became fully engrossed in Pokémon, and aside from his frequent requests to buy him more cards (he only had maybe a few dozen by now), there were other, crueler unintended consequences. Namely, endlessly talking to me about Pokémon cards. Trying to teach me about how to play with Pokémon cards. And generally driving me crazy about Pokémon cards. But I tolerated it as parents tolerate all of their children’s banal interests, just as mine probably tolerated my endless prattle about Star Blazers and Voltron and baseball cards.

The other thing that happened was that Wee-K now brought them with him EVERYWHERE. He carried his Pokémon cards around in a little black binder that I bought him, endlessly reviewing and reading and researching. He brings them to the diner where we have breakfast every Saturday, to the barbershop while we’re waiting for haircuts, to the YMCA to look at while I work out, to just peruse in the car while we drive places.

And then, the unthinkable occurred. He lost the book of Pokémon cards. Into thin air, it disappeared. We tore the house apart. And because I am nothing if not a giant goddamn sucker for a wide-eyed little boy who stares up at me tearfully and asks in a quavering voice, “Dad, what are we going to do if we can’t find them?”, I called everywhere we’d gone over the past few days. The diner. The YMCA. The barbershop. The 99 Restaurant. I called places that we probably hadn’t even gone to just because I was trying to remember. All the while, I’m trying to gently teach him a lesson about being more careful with his stuff, but also knowing that now, when the pain of the loss is too real, was maybe not the time. The kid was quite honestly devastated.

Now as an aside, I’m part of a Facebook group for parents, something that sort of sprang up out of the Pajiba readership and has blossomed into a bitch-and-support group, a place where we blow off steam about our family lives and talk about our kids. It’s a wonderful, non-judgmental little corner of the internet. So I posted about this, and about how absolutely gutted he was and how I was bracing myself to tell him that, buddy, those cards are gonzo. And then? The most remarkable thing happened. Some of the other parents said, “Hey, I’ll bet my kid has some extras, I can send you some if you like.” I said no, absolutely NOT necessary. But then, one of them messaged me to tell me that look, her son was aging out of the Pokémon fad and if I gave her my address, she’d task him with pulling out some of the dupes from his collection and she’d mail them to me. I offered to reimburse her for postage, but she refused. And a few days later, a package arrived. And it was jammed full of the damn things, along with a lovely note My son was beyond elated. He spent hours on the floor, a pile of them at his feet, sifting and sorting and yelling joyously about getting a Wibberyfoop or whatever the goddamn hell they’re called.

And then another package came, from another person in the group. And then? Another. It was like the world’s most generous virus. Suddenly, my son went from famine to feast, and he was deliriously happy. But also? My disdain and frustration with Pokémon went through a change. They took on a new meaning. They also taught him a little something, about losing the things you love and giving up the things you don’t need for others. And yeah, he still yammers on about how Flopperwopper has an attack of 49 or some shit, but the kid is happy (and also reading about them constantly, so it’s hard to get too annoyed).

I tell this story because it’s a great story about kids and the things they obsess over, and about the kind of exasperated love we often feel about those things. But also, it’s such a perfectly Pajiban story, about this weird little community that sprang up and took on a life of its own, forging friendships and support groups and communities. When I received that final package of cards, I sent a message to the woman who had sent them to us to thank her. Her response was note-perfect Pajiba, simply, “No worries at all. Takes a village, right?”