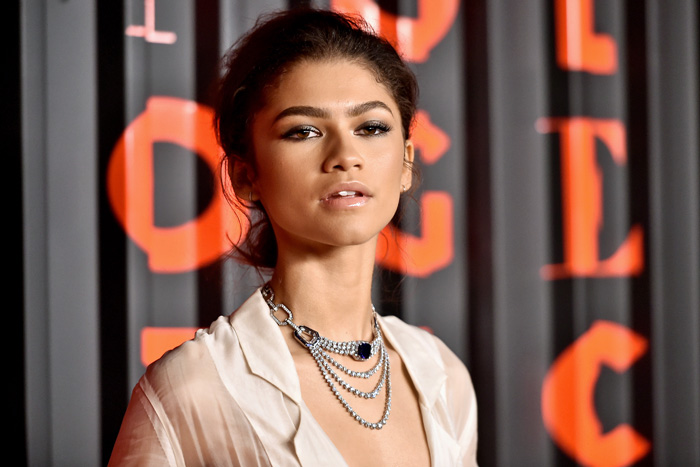 Zendaya in a Tarantino Movie Needs to Happen, Says Vivica A. Fox

Vivica A. Fox wants Zendaya to play her daughter if Quentin Tarantino actually makes a Kill Bill: Vol 3. (The Root)

Reese Witherspoon’s son put out a dance track? Sure, why not? (Lainey Gossip)

Lindsay Lohan might be the maid of honor at her mom’s wedding to the guy who’s been maybe cat-fishing her for five years. (Dlisted)

Lady A is serving tea on the colonizer country band trying to steal her name. (Celebitchy)

Towards the end of their relationship, Johnny Depp allegedly started telling Amber Heard what to wear and made her avoid any films with sex scenes. He claims he was just looking out for her career. (The Guardian)

“tHe CoMic inDusTry iS bEinG kiLLed bY sOciAl jUsTice wArRiors aNd fOrcEd diVersIty.” https://t.co/FXfZEkRAix

You’ll never believe it, but MY FATHER McCAIN tried to “both sides” the problem with schools re-opening, and Joy Behar wasn’t having it. (The Daily Beast)

So you know those Reddit relationship advice stories about the boyfriend who keeps getting in fights at Waffle House, or the one who licks pregnancy tests? Surprisingly not legit! I’m as shocked as you are. (Vice)

Disney+ felt the need to censor Daryl Hannah’s naked butt in Splash, but not Hugh Jackman’s in X-Men: Days of Future Past. (The Muse)

If you somehow missed Nandini Jammi’s tale of being gaslighted out of being credited as the co-founder of Sleeping Giants, definitely give it a read. (Medium)

Here’s a fascinating interview with The Old Guard director Gina Prince-Bythewood that covers everything from her commitment to the comic’s representation and the chances of a sequel. (Collider)

Cannonball Read is maintaining its mission to fight cancer, one book at a time and recently made another donation to the American Cancer Society in AlabamaPink’s name. Are you interested in helping Cannonball Read with their mission? Find out how you can donate. (Cannonball Read 12)

This is Ozzy. He’s a piano pawdigy. Can play whatever you want but really excels with the works of Woofgang Mozarf and Frédéric Chompin. 14/10 pic.twitter.com/194pnm3jYO

← 5 Shows After Dark: 'Penn and Teller: Fool Us' on The CW, 'The Titan Games' on NBC | Tucker Carlson Takes A 'Long-Planned' Vacation After Essentially Defending Racist Writer →