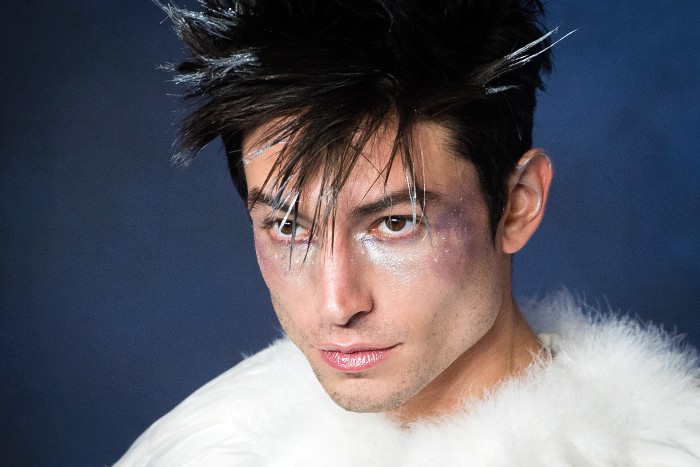 Would You Believe There Are More Ezra Miller Allegations?

Like clockwork, a new report on Ezra Miller just dropped, and it’s well past time to stop pretending like this situation is going to magically go away. On top of elaborating on the grooming allegations against them by Tokata Iron Eyes’ parents, the report details allegations that Miller was running an abusive pseudo-cult in Iceland and allegedly attempted to groom an 11-year-old child. Yup, it’s not great. (IndieWire)

With this news out in the wild, surely, Warner Bros. Discovery wouldn’t double down on releasing The Flash theatrically just hours later. But, nope, that’s exactly what they did along with saying the movie looks great. Bring the kids! (Variety)

Isla Fisher celebrates the 15th anniversary of Hot Rod, a movie that absolutely owns. I showed it to my kids a few weeks back: Freakin’ loved it. (Lainey Gossip)

Alex Jones when his text messages are read out loud in court pic.twitter.com/sh5oT9S58X

While Twitter was screaming at Merrick Garland to “dO SoMEthInG,” he’s been working to take down the cops who killed Breonna Taylor on top of investigating Trump. Seems like a whole lot of something to me. (Daily Beast)

I’m sure Dustin and/or my fellow Pajibans will hit more of this tomorrow, but if you’re curious about the Warner Bros. Discovery call, here’s a solid thread from Decider Managing Editor Alex Zalban. As you may have heard by now, the call was not the apocalypse that people anticipated after the Batgirl debacle. More specifically, HBO Max was not taken out back and shot before having its carcass shoved under a tab on Discovery+. — Folks, stop listening to Grace Randolph. — At the end of the day, it just confirmed what was announced during the merger: HBO Max and Discovery+ will be smashed into some kind of super app, only now, we know it’s coming next summer. (Twitter)

Oh, and obviously, the whole “HBO is for boys, Discovery is for girls” thing is supremely stupid. Drag that sh*t to hell and back, my friends.

"Lemon, during my brief stint as CEO of Warner Bros. Discovery I canceled two movies: Batgirl and Scoob: Holiday Haunt."
"Wow, the scripts must have been terrible"
"No, the finished films were actually quite good."
"They were finished!?!"
"Lemon, have you ever heard of… taxes?" pic.twitter.com/X1TxSmV2ja

Shea Couleé joins the cast of Ironheart on Disney+. (Vulture)

When asked what he looks for in books, new Cannonballer GentleRain said, "My main thrust in my reading is probably my interest in people, so anything that gets the human experience across really clearly to me is something I’m probably going to enjoy." Check out his recent interview to find out which fictional characters he’d like to hang out with and favorite fair foods. Which book characters would you like to spend a day with? (Cannonball Read 14)

drawing my own tweets until the algorithm stops hating me https://t.co/EiXm2JvwSx pic.twitter.com/nJN2DCsYN8