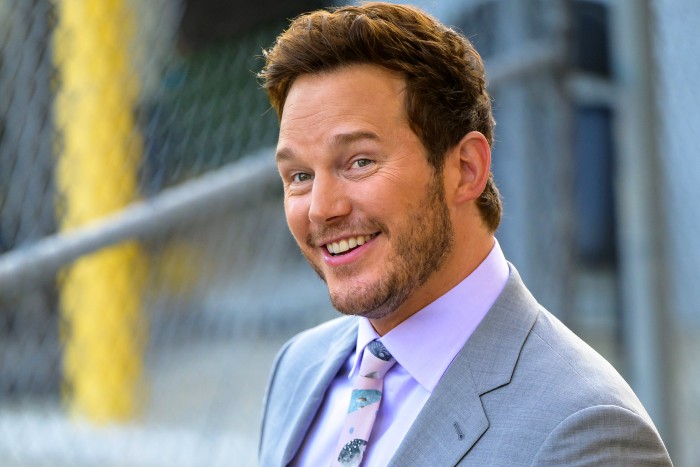 Illumination Studios CEO Chris Meledandri wants everyone to know that Chris Pratt’s Mario voice will not be offensive to Italian-Americans, and Meledandri would know because he’s Italiano! Of course, the fact that this seems to be a thing that has to be repeatedly said makes me think that Pratt’s voice is going to be hella offensive unless he just doesn’t do an accent, in which case, why even cast him? That said, now it seems like I actually want Mario to be a caricature of Italian-Americans, and I guess, yes, that is what I want. He sounds like Paulie Walnuts or we riot! (IndieWire)

[Mike Note: Did I completely lose the thread back there? No doubt.]

Sure sounds like this was a friendly joke to boost up Viola Davis, so of course, Bradley Cooper’s ego took it the wrong way. (Dlisted)

Kate Bush thanks the Duffer Bros. for making “Running Up That Hill” a song we’ll all probably start to hate by mid-July, but for now, pump that sh*t. (Celebitchy)

Amber Heard says her therapist has a binder of notes detailing Johnny Depp's abuse that a judge did not allow to be submitted into evidence. https://t.co/Inx9SuOTHR

I’m hoping to be pleasantly surprised by Lord of the Rings: The Power Rings of Lord RingPower PowerRing III because nothing I’m seeing so far is lighting my nerd butt on fire. Case in point: The new look for the Orcs. It’s fine. (IGN)

Chris Evans will return to the MCU — but only as Johnny Storm. (Vulture)

Oh, blow it out your ass, Dave Chappelle. (Complex)

From Jen: However you feel about his acting you gotta respect what he’s trying to do to diversify the creative industries:

Apparently, Donald Trump had a documentary film crew following him for months during and after his campaign, and nobody in his circle knew about it until today when the January 6 committee subpoenaed the footage. This should be fun. (Mediaite)

Kevin Costner is making a long-ass Western film series that’s actually a TV show, but first, it will be movies. And, yes, I’m already confused. (Variety)

Christian Bale doing press for Thor: Lord and Thunder is already delightful right out of the gate. (Total Film)

Does it feel like people forget the B in LGBTQ+ stands for bisexual? LB loved the messy teenage relationships in Andrea Mosqueda’s debut, Just Your Local Bisexual Disaster. "I related very much to Maggie working through her feelings and trying to figure out whether her feelings for her best friend are platonic or romantic." (Cannonball Read 14)

My friend @idrawanimals alerted me to this king of a dog owner and his crew of fashionable dogs. She’s seen him in the Montrose area, and my new mission in life is to meet these dogs! Does anyone know them? pic.twitter.com/qUueNNSGlP