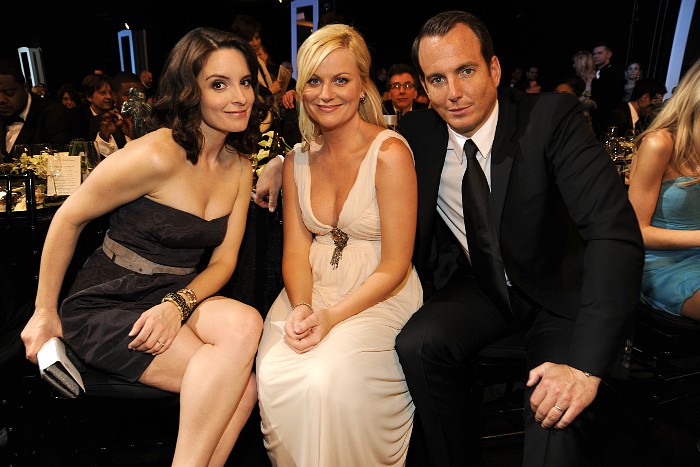 Will Arnett is opening up about his divorce from Amy Poehler and how he’s happy they’re at a great place now. Apparently, it was a brutal time, which wasn’t helped by seeing people declaring “teams” in the press. Haha, yeah, tabloid vultures. The worst, right? — I’ll just be over here in the corner. (The Guardian)

Adele redirects the Vegas controversy conversation with a showstopping appearance at the BRIT Awards, and a new ring. (Lainey Gossip)

Kanye West and Julia Fox have an open relationship, because otherwise, he can’t also date a clone of Kim Kardashian. You understand. (Dlisted)

From Kayleigh: Julia Garner didn’t technically confirm it, but this would be great casting for an inevitable shitshow of a movie. (YouTube)

From Alberto: The dudes in the photo must have a humiliation kink. It’s the only explanation. (Twitter)

From Dustin: Hello. My name is Dave Portnoy, and I’ve just opened up my entire life to the discovery phase of a protracted lawsuit that I cannot possibly win because I’m a public figure. I’m smrt. (NY Post)

Why is Dolly Parton not the president https://t.co/vtW9edrMpQ

Really loving this bold new future where all of us are in imminent danger of getting run over by a Tesla driver watching Netflix behind the wheel. (Mediaite)

Christopher Miller and Phil Lord finally tell their side of the Solo story. (AV Club)

If you’ve ever wondered what would happen if you crossed Crazy Rich Asians with Weekend at Bernie’s, RaRaGabor has a book for you, Dial A for Aunties by Jessie Q. Sutanto. "This book is so! much! fun! I don’t want to give away any of the many (many) plot twists, so I’m going to keep it light on the details." What’s the most fun you’ve had with a book recently? (Cannonball Read 14)

What if Matthew Mcconaughey was the green goblin? pic.twitter.com/foowhcNyRY