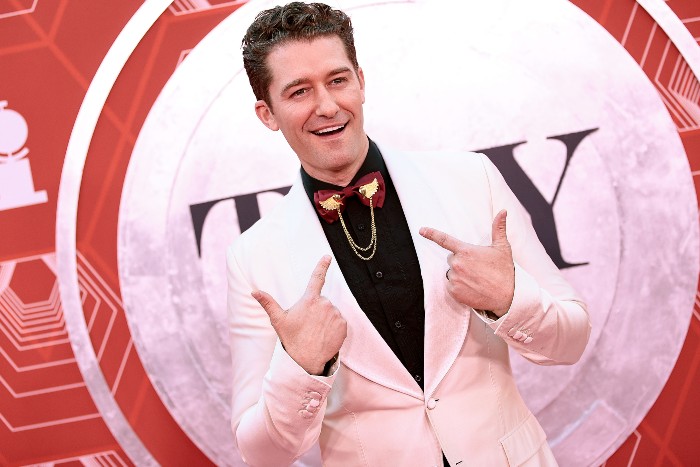 When Matthew Morrison revealed that he was leaving So You Think You Can Dance after violating “competition production protocols,” it sounded like maybe it was a COVID thing, or he did something that could’ve unfairly favored one contestant over another. Nope! He was creepily trying to get laid. Tale as old as time. (People)

Oh damn, Lainey has COVID? Wishing her all the best and a speedy recovery. (Lainey Gossip)

What animals are giving Coco sh*t for being Coco? I want names. (Dlisted)

Can’t imagine why Sheryl Sandberg and Facebook decided to drop this news literally minutes after the Johnny Depp verdict. (Deadline)

From Seth: Lynda Carter again reminding us why she’s the best Wonder Woman.

I didn't write Wonder Woman, but if you want to argue that she is somehow not a queer or trans icon, then you're not paying attention.

Every time someone comes up to me and says that WW helped them while they were closeted, it reminds me how special the role is.

LeVar Burton on not being the next Jeopardy! host: “The fix was always in.” (Vulture)

A good breakdown on how the hell Amber Heard is supposed to pay back Johnny Depp, which interestingly, she may not have to. (Daily Beast)

Elon Musk continues to absolutely suck as an employer. (NPR)

Have you spent any time with #booktok? Sofi Keren saw Katia Rose talking up her newest release, The Devil Wears Tartan, a sapphic rivals-to-lovers romance with competitive highland dancers. She enjoyed it. "TikTok for the win this time!" (Cannonball Read 14)

From Roxana: This lion needs a hug.

A white lion with blunt bangs has become a hit at a zoo in Guangzhou, south China.

Staff of the zoo said the lion’s hair grows naturally and it could be the result of the high humidity in the city. pic.twitter.com/b8mvpEkNMz

← 5 Shows After Dark: 'Obi-Wan Kenobi' on Disney+, 'The Real Housewives of Dubai' Series Premiere Bravo | 'Gotham Knights' Trailer: Thank You CW For Continuing to CW It Up →