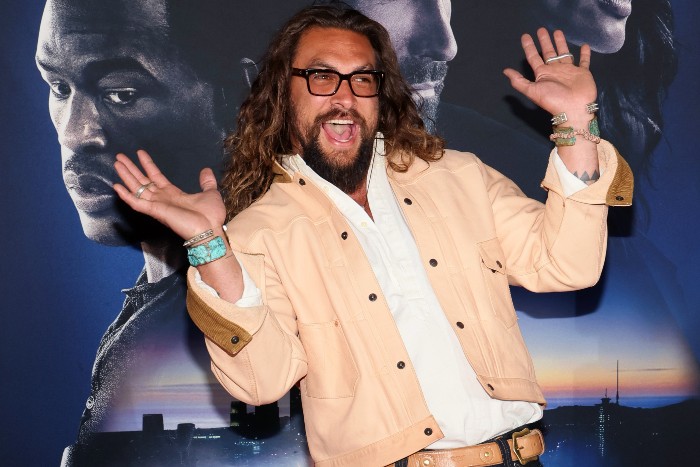 Jason Momoa Has a Serious Girlfriend (For Real This Time)

After a rumored fling with Kate Beckinsale — that may or may not have been nothing more than tabloid speculation, Jason Momoa has reportedly settled into his first post-Lisa Bonet relationship with Eiza González. My condolences to everyone who’s not her right now. You thought this might be your chance, I know. (People)

Producer John Lasseter, who can’t be trusted around female employees, is clearly finding no trouble making a new series for Apple. (Lainey Gossip)

Amber Heard denies sh*tting in Johnny Depp’s bed and pushes back at the claim it was a prank by pointing out she was trying to leave the allegedly abusive Depp at the time and was not in the “jovial” pranking mood. (Dlisted)

Right-wingers are pissed that poor Prince William got booed. (Celebitchy)

From Roxana: I don’t think I can read this, but sharing. “Inside Taylor Hawkins’ Final Days as a Foo Fighter.” (Rolling Stone)

From Kayleigh: Video essayist Princess Weekes offers a detailed and empathetic exploration of the public theatre and memeification of crime, and the horrifying spectacle of a certain ongoing trial. (YouTube)

I spoke with Hayden Christensen to celebrate 20 years of #AttackOfTheClones. This was a huge thrill. https://t.co/Ij0WjzlQmZ

Megyn Kelly is hurt that anyone would dare try to connect her dear friend Tucker Carlson’s words to the Buffalo shooter’s manifesto just because they’re practically identical. (Mediaite)

A pretty great interview with Barry’s Sarah Goldberg after last night’s episode, which did not let up one single bit on this season’s descent into madness. (Variety)

The Cannon Book Club discussion starts this Friday! Dome’Loki was so glad Last Night at the Telegraph Club was chosen, because she might have missed it otherwise. "Malinda Lo brings to life a fraught time in American history for Chinese Americans and LGBTQ folk." Have you read the book? Everyone’s welcome to join in the conversation and help Cannonball Read in their cancer fundraising mission. (Cannonball Read 14)