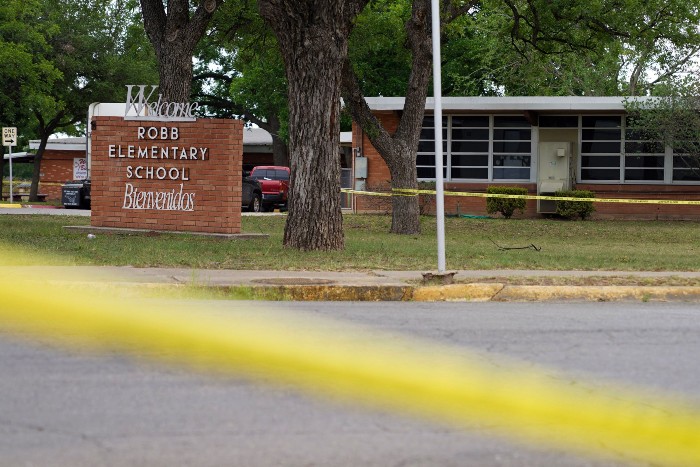 We Did Another Sandy Hook

Folks, I’m going to be upfront with you. It seems glib to roll out Pajiba Love as usual as the body count from the Uvalde school shooting continues to climb. At the time of this writing, the total is 18 children. 18. Children. Sadly, we’ve already learned that the death of 20 elementary schoolers won’t prompt the Republican Party to relinquish its fetish with guns, and I highly doubt the death of 20 more will make a difference. And make no mistake, the Republican Party could end this all right f*cking now. The Democratic Party is ready to go. All the Right has to do is say, “Enough,” and we start rolling out even the barest minimum of common sense laws to slam the brakes on this relentless murder train.

Until that happens, the blood of every single one of these kids — and the victims of the last mass shooting from barely a week ago — is on the hands of Republicans. Not what some call the “feckless Democrats.” The Republicans are the sinking rock dragging this country underwater. The so-called “Pro-Life party,” won’t lift a goddamn finger to stop schoolchildren from being gunned down before recess but they’ll sure as shit rail to the high heavens about the critical race theory boogeyman hiding in their math books. They’re America’s albatross that isn’t leaving our necks unless we vote them out each and every election, which anyone reading this better do or there’s blood on your hands, too.

I’m going to stop now before I burst a capillary. For anyone who does want a well-earned distraction from this mayhem, please give our link partners a click at Lainey Gossip, Dlisted, and Celebitchy. Also, here’s a link to today’s Cannonball Read 14. My apologies to Bonnie and her spectacular team for not running a blurb tonight. I’m sure they understand given the circumstances.

If you have any kids and/or teachers in your life, give them a hug tonight. Tell them you love and appreciate them. Because God knows you might not get another chance in this shooting range from Hell we’re trapped in.

P.S. After I wrapped this post and sent it over to Dustin, I stumbled across this Steve Kerr video that went up about an hour ago. I’m not a Sports Guy in any way, but we need more of them saying stuff like this. Lots, lots more.

← 5 Shows After Dark: 'This Is Us' Series Finale on NBC, 'Keeper of the Ashes' Premiere Hulu | The Unceasing Cycle of Gun Violence Continues Unabated →