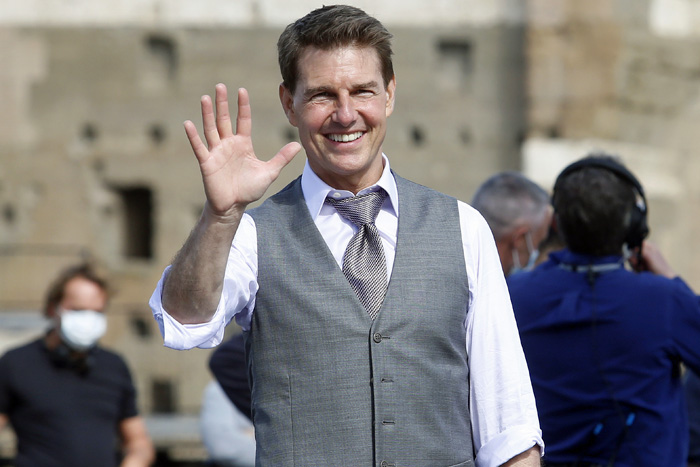 In light of yesterday’s news that Tom Cruise returned his Golden Globes to protest the recent controversy over the HFPA’s abysmal racism problem, Seth Rogen’s new book contains an anecdote where Cruise attempts to sell him and Judd Apatow on the super anti-Semitic Louis Farrakhan. Yup. (Mediaite)

And now for a buttload of Bennifer news because they’ve already grown more powerful than we could possibly imagine:

Matt Damon, who seems to be unaware of Ben and JLo reconnecting, gives the new couple his blessing and hopes that the rumors are true. (Lainey Gossip)

Alex Rodriguez is pissed that Jlo rebounded so “quickly.” Except it turns out, Ben may have been working his way back in for a while… (Dlisted)

And Whoopi Goldberg is over all of it. Tapped out after one-panel discussion. (Jezebel)

We're desperate to see Poison Ivy appear in the DCEU, so we talked to Margot Robbie, aka Harley Quinn, about the possibilityhttps://t.co/0ew031vqtZ

Michele Obama isn’t f*cking around when it comes to the COVID vaccine. (Celebitchy)

In these post-The Superficial times, my dearest Photo Boy has been working at a restaurant on Friday nights to cover the crippling cost of day care. After a year of the pandemic, he has some truly surprising findings about people who claim they’ve been tipping more to “support restaurant workers.” — They’re not. They’re just rationalizing not wanting to be inconvenienced even the slightest bit. (Carmen Ribecca)

From Roxana: This is fun. An ode to the dance scene in A Knight’s Tale. (Vulture)

Edward Norton is the latest addition to Knives Out 2. (Deadline)

Like many of us, J has been struggling with stress and turned to a book for help. Comedian and Psychologist Dr. Brian King’s The Art of Taking it Easy did help, but not the way he anticipated. "If less stress means that I don’t get worked up over finding someone sleeping in my car, I think I will have to make peace with stress." How are you coping with stress? (Cannonball Read 13)

This is Elsa. She’s still learning how to control her tongue. Her humans like to take advantage of this. 12/10 (IG: elsatherotty) pic.twitter.com/MPRmHqgYuL