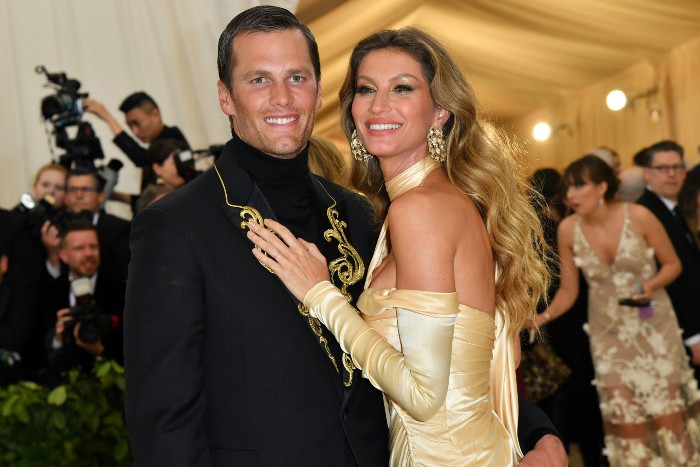 Things Are Getting ‘Nasty’ Between Tom Brady and Gisele Bundchen

Much like the Tampa Bay Buccaneers’ season, the situation between Tom Brady and Gisele Bundchen is rapidly deteriorating. She’s reportedly hired a “top divorce lawyer” in what’s turning into a “nasty” fight over their assets. Apparently, things are smooth regarding custody, which is not always the case, so good for them. (Page Six)

The Swifties are after John Mayer again. (Dlisted)

Is anyone else obsessed with Billy Ray Cyrus’s Facetuned “engagement” pics? (Celebitchy)

Did you know, it’s 27 years to the day that the Financial Times killed one of England’s finest poets? They didn’t mean to. It’s just that Gavin Ewart was 79, and they bought him a lunch that involved enough booze to fell an ox pic.twitter.com/N9AWxMwakz

We were just being historically accurate💔 pic.twitter.com/l6NWbgqhqC

For Slashfilm, Kayleigh wrote about the history and importance of stop-motion animation on the weekend of the release of Netflix’s Wendell and Wild. (/Film)

Patrick Willems made one hell of a video examining Zack Snyder’s filmography and his alleged political beliefs. (YouTube)

From Petr: TIL about Julia Roberts’ unlikely connection to MLK. (Obsev)

Sabian30 found narfna’s review of Axiom’s End by Lindsay Ellis via Cannonball Read’s science fiction RSS feed. While reading in public, someone spotted the cover and struck up a conversation. "I love it when a fellow reader sees your book and makes a comment." How do you find your next read? (Cannonball Read 14)