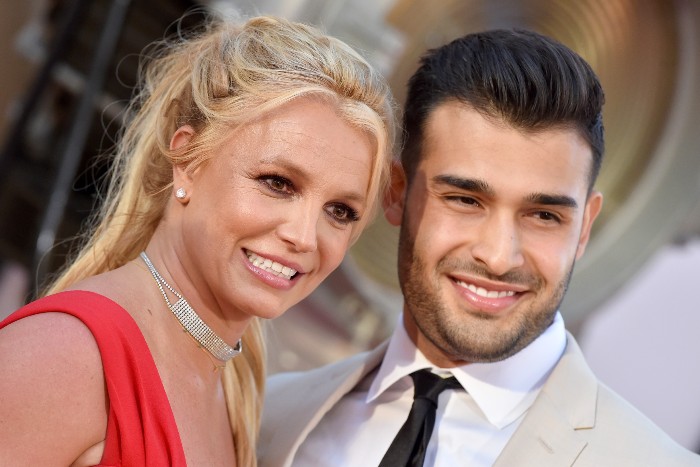 Let me just say this up front so things don’t get twisted here: Britney Spears’ conservatorship needed to end. It was a financially exploitative and dehumanizing apparatus that treated her like a circus bear for her dad to wheel out whenever he needed to shore up the vast fortune propping up her family. It was bad! That said, a lot of people deluded themselves into thinking that Britney would be free and start acting like some picture-perfect mom who will spend days painting with her children. There was also that brief moment when the Online Left thought she was going to be some sort of Communist icon because the brains in that whole movement are almost as smooth as Republicans’. Anyway, the reality is that things were ultimately going to get ugly, and we have reached that inevitable point. Over the weekend, Britney reportedly melted down at a restaurant so badly that her husband Sam Asghari “stormed out” and left her there. Making matters worse, she was videotaped spewing gibberish before going home and making it very clear that she has control of her Instagram account. I say all of this not as an “I told you so” — Although, it is in the mix. I’m a notoriously petty person. — but as a cautionary tale about parasocial relationships and falling for simple, fairy-tale narratives about wildly complex situations. (Page Six)

After an unexpected hiatus, Kayleigh’s newsletter is back! This issue is all about how Brendan Fraser is handling the Brenaissance. (The Gossip Reading Club)

No, Jacob Elordi is not the new Superman. Yet. (Variety)

Andrew Garfield and Amelia Dimoldenberg have freaking chemistry. Holy hell. I thought people were overhyping this exchange, but nope! (Vulture)

I don’t like propping up Tom Cruise because of the whole homophobic space cult thing, but I do enjoy stories where Harvey Weinstein gets outmaneuvered. (Deadline)

From Kaleena: It’s Holland Taylor’s birthday today so you know what that means. That’s right, a missive of love written by Sarah Paulson for all the singles of the world to once again ask themselves, “When is it my turn, God?” (Instagram)

It looks like the Golden Globes was a superspreader event. (THR)

In her review of Stephen Spotswood’s Secrets Typed in Blood, new Cannonballer Owlizabeth says she likes detective stories because,"I’ve got a brain that enjoys puzzles and being right, so it’s fun on top of fun." What kinds of books does your brain like? (Cannonball Read 15)


← 5 Shows After Dark: 'The Last of Us' Premiere HBO, 'Yellowstone Wardens' Premiere Animal Planet | A Tearful Brendan Fraser Gave a Whale of a Speech at the Critic's Choice Awards →