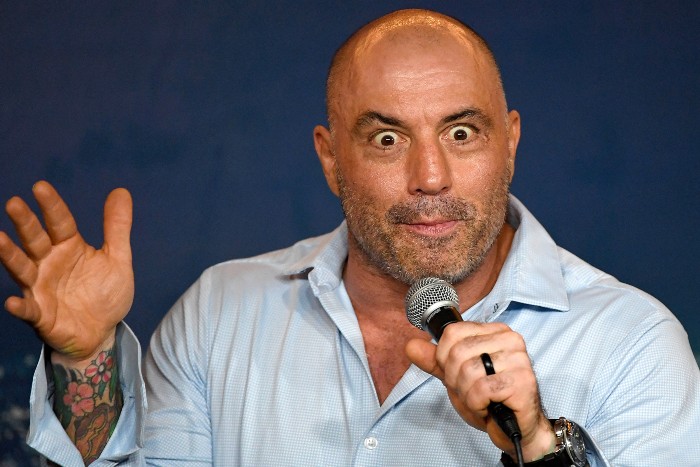 As more artists threaten to pull their music from its platform over Joe Rogan’s continued spread of COVID vaccine misinformation, Spotify announced on Sunday that it will “add a content advisory to any podcast episode that includes a discussion about COVID-19.” That’s really gonna help. Thanks, guy. (Spotify)

Janet Jackson says she’s been good friends with Justin Timberlake this whole time and everyone needs to move on. (Dlisted)

From Kayleigh: In the latest issue of her newsletter, Kayleigh digs into the interview between Bradley Cooper and Taffy Brodesser-Akner of The New York Times. (Gossip Reading Club)

been laughing at this all morning thank you very much. pic.twitter.com/VyjeHENRXR

The great @jackholmes0 spoke with a bunch of teachers for a very honest and personal look at what it's really like right now. Take one and pass it on: https://t.co/qjxnBUekU9

I miss the days when the majority of Americans knew this sh*t was made up. pic.twitter.com/97aVl80wcZ

How The Mandalorian is an allegory for religious trauma. (Collider)

Matt Reeves opens up about the brief moment in time when he was set to direct Ben Affleck’s The Batman. (Gizmodo)

Dear Sean Penn, shutting the f*ck up is free. (Variety)

Dsbs42 had a hard time reviewing Ijeoma Oluo’s Mediocre without a parade of gifs saying THIS! "The genius of Oluo" she writes, "is that she…distills and clarifies things you know and things you felt and things that hovered in your subconscious so that you finally understand them, too." Which authors help you articulate the things you know? (Cannonball Read 14)