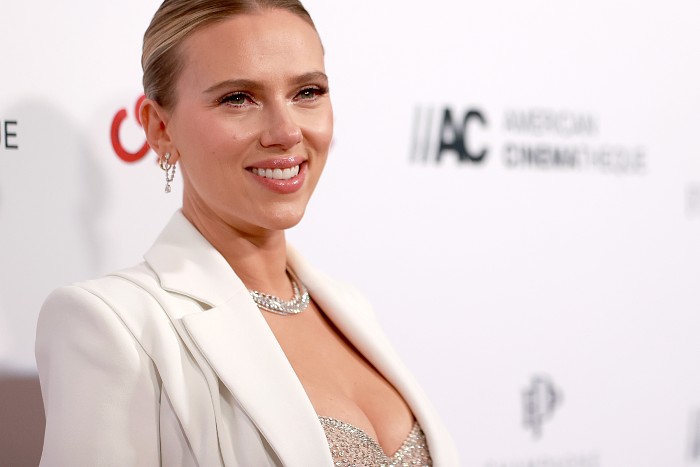 Scarlett Johansson will follow in Crisp Rat’s footsteps by taking a huge bag of money to star in an Amazon series based on a book, Just Cause. Although, interestingly, this is her second time adapting the story. In one of her first film roles, ScarJo starred in the 1995 adaptation starring Sean Connery. Is she playing his role now? Because I would watch that. Just eight episodes of Scarlett Johansson doing a Connery impersonation the whole time. (THR)

Glen Powell is not shy about his ambition. (Lainey Gossip)

I see a lot of right wingers — *cough* my father *cough* — trying to make hay out of Kim Kardashian not condemning Balenciaga, but uh, she did. And trust me when I say it brings me no pleasure caping for the reality TV detritus that lubed up the runway for Trump’s presidency. I don’t like it. (Celebitchy)

Kayleigh wrote about the 20th anniversary of Treasure Planet, the biggest financial flop in Disney animation history — until we see the Strange Planet numbers. (/Film)

Elon’s Twitter is dropping the ball for its first international protest. (The Verge)

From Kaleena: Megan Thee Stallion is the first Black woman to make the cover of Forbes’ annual “30 Under 30” issue. (Instagram)

Bob Iger wants Disney+ to focus more on profitability instead of subscriber growth, which hopefully means we stop getting over-saturated with Marvel and Star Wars content even though Andor slapped. Slapped so hard. (Variety)

Meanwhile, the DCU is going to be “connected.” Whatever that means. (Uproxx)

Booktrovert thought Dome’Loki’s review of A Prayer for the Crown-Shy captured the reason she loves Becky Chambers. "These books definitely remind me that it’s okay to seek out comfort and that I deserve it, for no reason other than that I exist, and that is enough." Have you read any of Chambers’ books? (Cannonball Read 14)


← 5 Shows After Dark: 'The Cleaning Lady' on Fox, 'Avenue 5' Second Season Finale HBO | Will Smith Has a Real Conversation with Trevor Noah About the Thing →