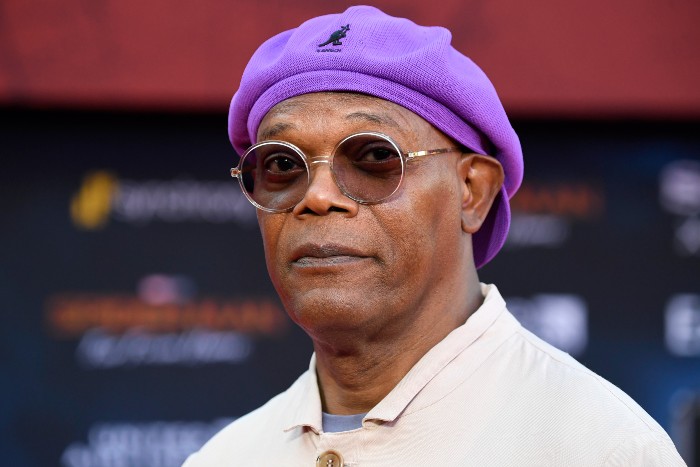 Samuel L. Jackson is calling out Joe Rogan for his apology over repeatedly using the N-word, and needless to say, Jackson isn’t buying it. (IndieWire)

Kanye West is literally arguing in court that Kim Kardashian has no proof his social media posts are actually being written by him. Hahaha wow. (Dlisted)

The actor shared his thoughts on a hypothetical clash between the two iconic characters. https://t.co/rde6UPscBt

Peacemaker’s Freddie Stroma can’t explain why Vigilante is so weird either. (Gizmodo)

PSA: Aisha Tyler is not Sasha Obama. (The Cut)

Tell your dad Yellowstone Season 4 will be on Peacock soon. (Deadline)

The so-called "Russian cockblock" did not occur. https://t.co/q0VW6iW1DN

Robert Pattinson still has a thing for Tifa and Aerith in Final Fantasy VII. Celebs, they’re just like us! (Kotaku)

Josh Gad also agrees that LeFou’s queer representation in the live-action Beauty and the Beast was kinda bullsh*t. (AV Club)

Unlike Warner Bros. who’s still going ahead with The Batman, Disney is pausing theatrical releases in Russia. (Variety)

UPDATE: Warner Bros. pulled the plug on releasing The Batman in Russia.

Wondering how does this species survive in the wild.. pic.twitter.com/p64xFrh08b